All About Peridot - August's Gem

Found in lava, meteorites, and deep in the earth’s mantle, yellow-green peridot is the extreme gem. Read on to learn all about August’s birthstone. 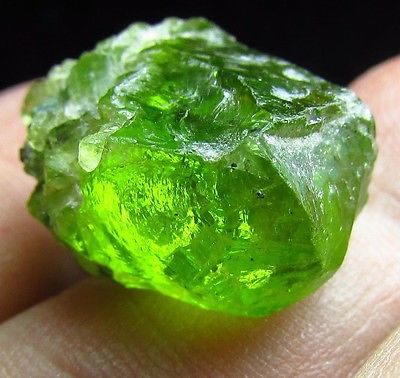 Peridot is a gem variety of the mineral olivine, which is found in peridotite rock from the earth’s upper mantle. Its chemical composition includes iron and magnesium, and iron is the cause of its attractive yellowish green colors. The gem often occurs in volcanic rocks called basalts, which are rich in these two elements.

On the Mohs scale of hardness, peridot ranks 6.5 to 7.

Peridot is found in several locations across the globe. Arizona peridot comes from the San Carlos Indian Reservation in Southeastern Arizona.

Only members of the reservation, primarily Apache, and their families can mine for peridot on reservation lands. The reservation is located about 20 miles east of Globe, Arizona - which is the home of Sleeping Beauty turquoise.

Tribal miners employ traditional techniques and tools in mining this stone. Once Mother Nature has exposed hints of rough from natural processes like erosion, the miners do the rest. The basalt rock is worked with hand tools, such as picks, to expose peridot rough.

Peridot is one of the oldest known gemstones, with ancient records documenting the mining of peridot from as early as 1500 B.C. It is a gem especially connected with ancient Egypt, and some historians believe that the famous emeralds of Cleopatra were actually peridot gems.

Peridot has always been associated with light. In fact, the Egyptians called it the “gem of the sun.” The lovely green color of the gem is in itself said to be associated with healing. Green is the color of vitality, of the leafy growth of spring. Peridot's direction leads toward the heavens, the path of the sun. Even today, peridot is viewed by some people as a stone that connects on to the "light" which brings a renewed sense of the self and one's purpose in life.

Peridot was also used as a charm against sorcery and magic, evil spirits, night terrors, and madness.

In addition to being the birthstone of August, it is also given as a gift on 16th wedding anniversaries. 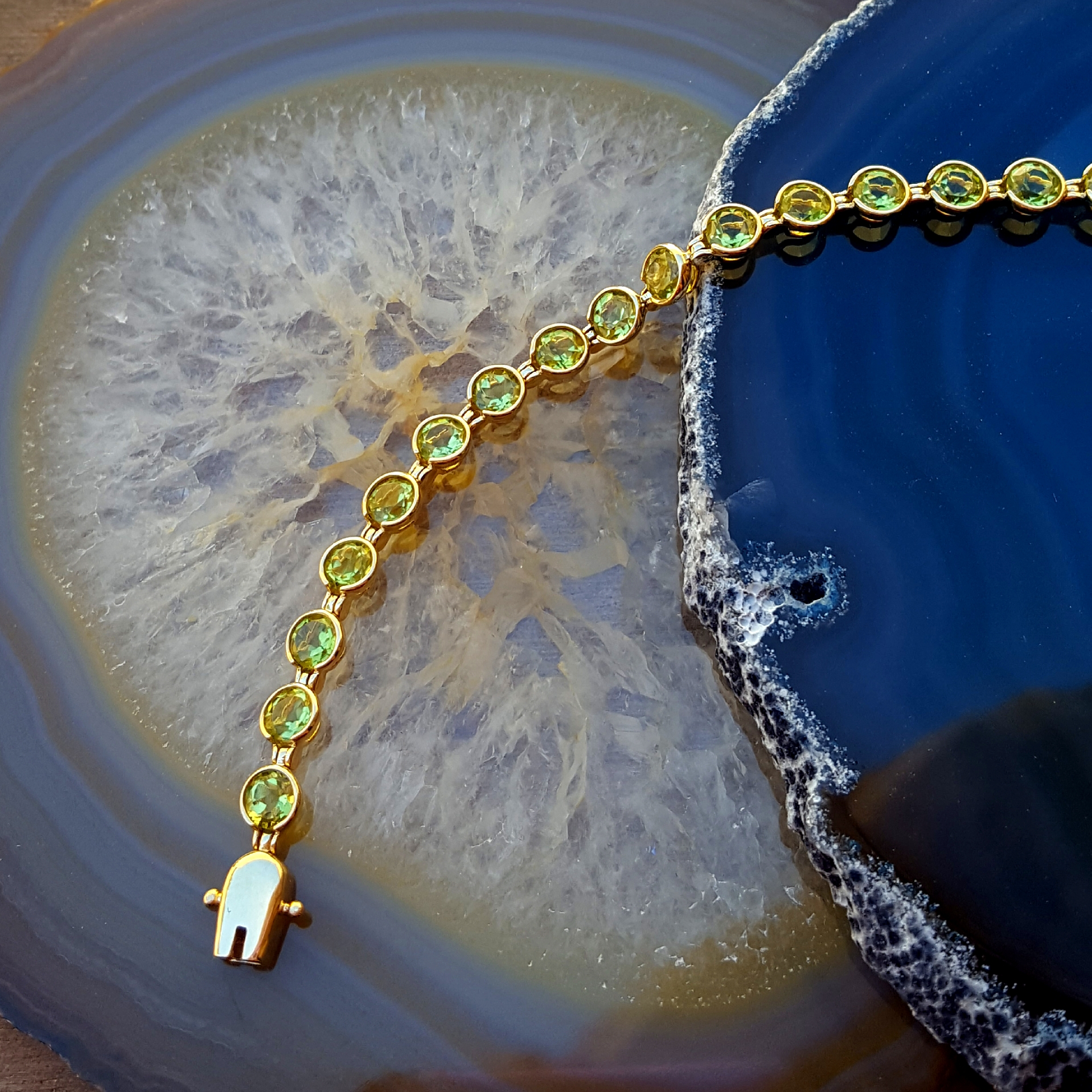 Always put your jewelry on last when getting dressed, and take it off first when getting undressed. This helps make sure that lotions and perfumes don’t damage your gemstones over time.

Like other gemstones, you’ll want to protect this jewel from knocks and bangs that might chip the stone. In addition, regular cleaning will definitely keep your jewelry looking its best. Because the stone is relatively soft, peridot jewelry needs to be protected from harder jewelry and metals in your jewelry box.

You can always bring your peridot pieces to your local jeweler for a thorough (and safe) cleaning!

If you have an August birthday or not, peridot is a gemstone that is sure to make a statement! If you have any questions about this stunning gem, or would like to create a jewelry design with Arizona peridot, let us know!