Arizona is a special state, that’s easy to see whether you’ve lived here all your life, or are just traveling through. Only 13 states in the nation produce jewelry quality natural gemstones, and Arizona produces multiple gems! Some of our favorites include, Four Peaks Amethyst, Anthill Garnet, Peridot, and Turquoise. These stones are all abundant in our desert. Read on to learn about the gemstone that started our story - the Arizona Amethyst. 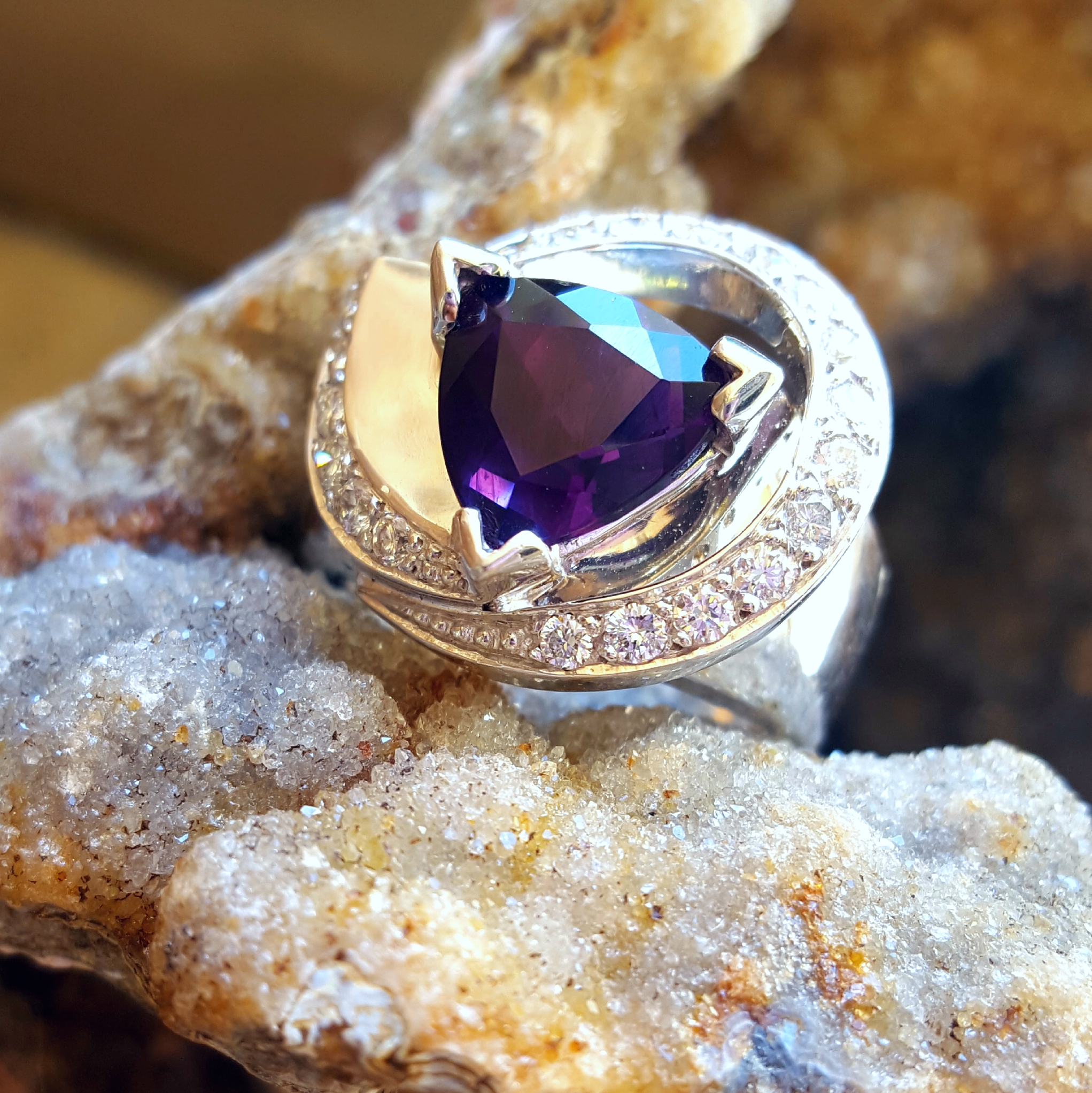 Amethyst has a long history that stretches back through time. Arizona’s purple treasure is found in the Mazatzal Mountains, which are nicknamed the Four Peaks for their distinctive shape. The gems hidden in this mountain were originally discovered by Natives, who were followed by Spanish explorers during the 18th century. As the Spaniards brought back amethyst crystals, Europeans went wild for their beauty. Arizona Four Peaks Amethyst is likely in the crown jewels of Spain, Portugal, Germany, Great Britain, and France.

Some theorize that amethyst is one of the first gemstones that was used for adornment, not the diamond. It is easy to see why icons like Cleopatra and Katherine the Great wore this gemstone so often. Amethyst is said to have mystical properties, according to different cultures. Some say that amethyst is a stone of peace and calmness. Ancient Greeks even thought that drinking from a cup cut from amethyst would prevent them from becoming drunk! Magical or not, there is no denying the enrapturing beauty of the Four Peaks Amethyst. 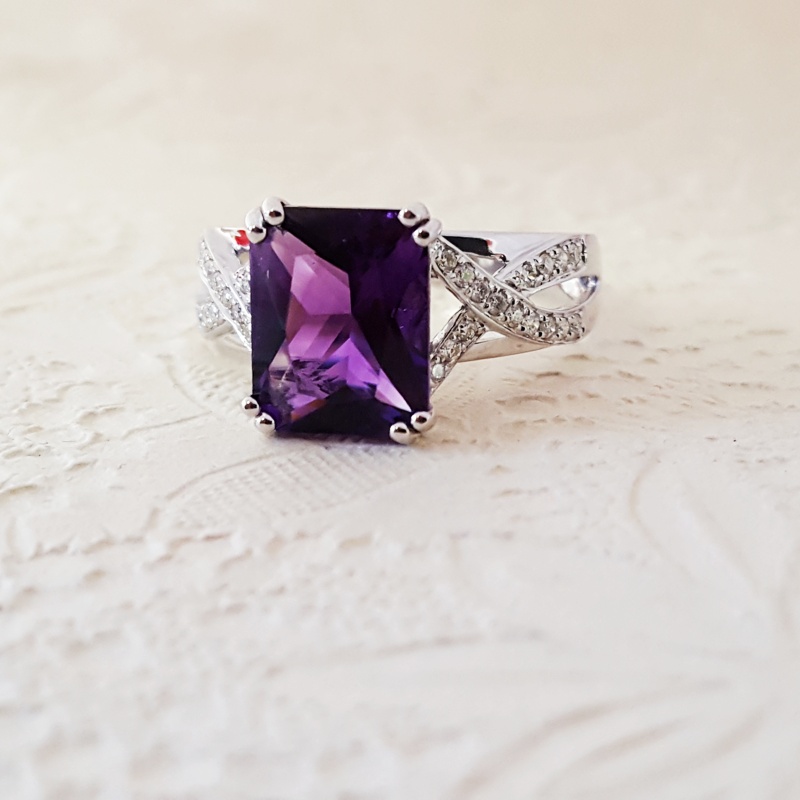 Looking up to the Four Peaks Mountains, with their rough, sun-worn exterior, it may seem odd to compare the site to Russia’s cold, dark Ural Mountains. However, it is important to note that amethyst of such extraordinary quality has only been found in two places on Earth - Russia and Arizona. Both have exhibited the telltale flashes of deep magenta that collectors and jewelry lovers both search for. Even more important is that the mines in Russia have closed down. That’s right, “Siberian” quality amethyst is now being mined exclusively in Arizona!

Arizona Amethyst so special? Amethyst can be found all over the world, but the Four Peaks mountain range is home to the only commercially run amethyst mine in the United States. Arizona’s desert soil has the right amount of the minerals iron and manganese to create the deep purple hue that we expect from amethyst, but also are abundant enough to create the rare magenta-red undertones that you can’t find anywhere else. The mine is small and can only be accessed by a hike through the wilderness or by helicopter! The returns from the mine are also small. From 1000 pounds of rough material brought back from the mine, less than 50 pounds will be gemstone quality, and are sent for faceting. From those 50 pounds, less than 1000 carats are used for finished gems. That’s under half a pound! This gemstone is a rare beauty; mining, cutting, and designing fine jewelry with it is a labor of love. 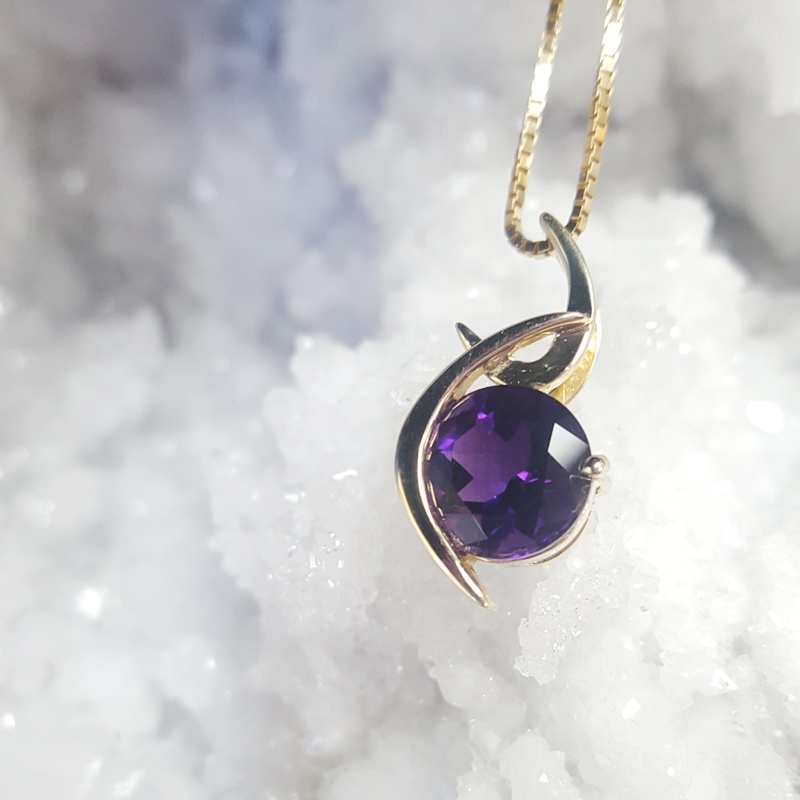 Sami Fine Jewelry in Fountain Hills AZ is the world’s largest American gemstone jeweler and has special in Four Peaks Arizona Amethyst for over 20 years. When Sami Jack, founder of Sami Fine Jewelry, discovered her love for the violet gem in 1987, she made it her mission to spread the word about this American treasure. Sami has collected loose Amethyst since the day she laid eyes upon it. Striking a deal with the owner of the Amethyst mine, he has always guaranteed her first choice of all the Amethyst. Sami is a graduate gemologist who has a passion for custom design jewelry. Buyers across the world have sought out original Sami Designs. Now, her daughter Stephenie has created her own passion for American gems and has widened the selection from just Arizona Amethyst to American gemstones from all over the United States. If you love to buy American then you will LOVE to shop at Sami’s!