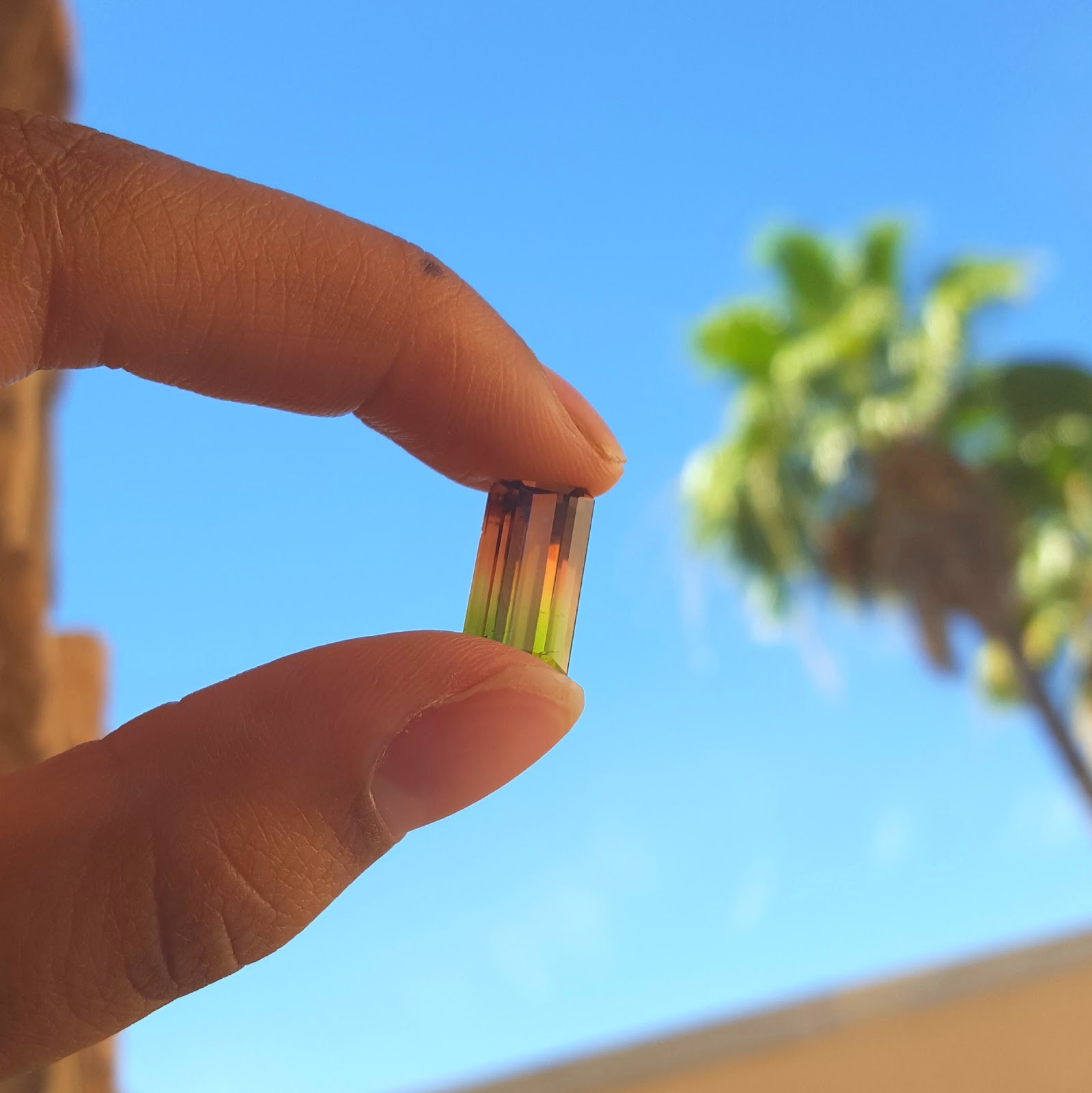 Tourmaline is a gemstone with a colorful past. In Brazil in the 1500's, a Spanish conquistador discovered a gem in the dirt and mistook it for a brilliant emerald. This confusion lived on for centuries until scientists recognized tourmaline as a distinct mineral in the 1800's. The misinformtion about the stone's identity is even represented in it's name, which comes from "toramalli", a word meaning "mixed gems" in a Sri Lankan language. One of the earliest reports of tourmaline in America was in California in 1892. Thanks to the efforts of George F. Kunz, a gemologist working for Tiffany and Co., California tourmaline is known as an American gem. 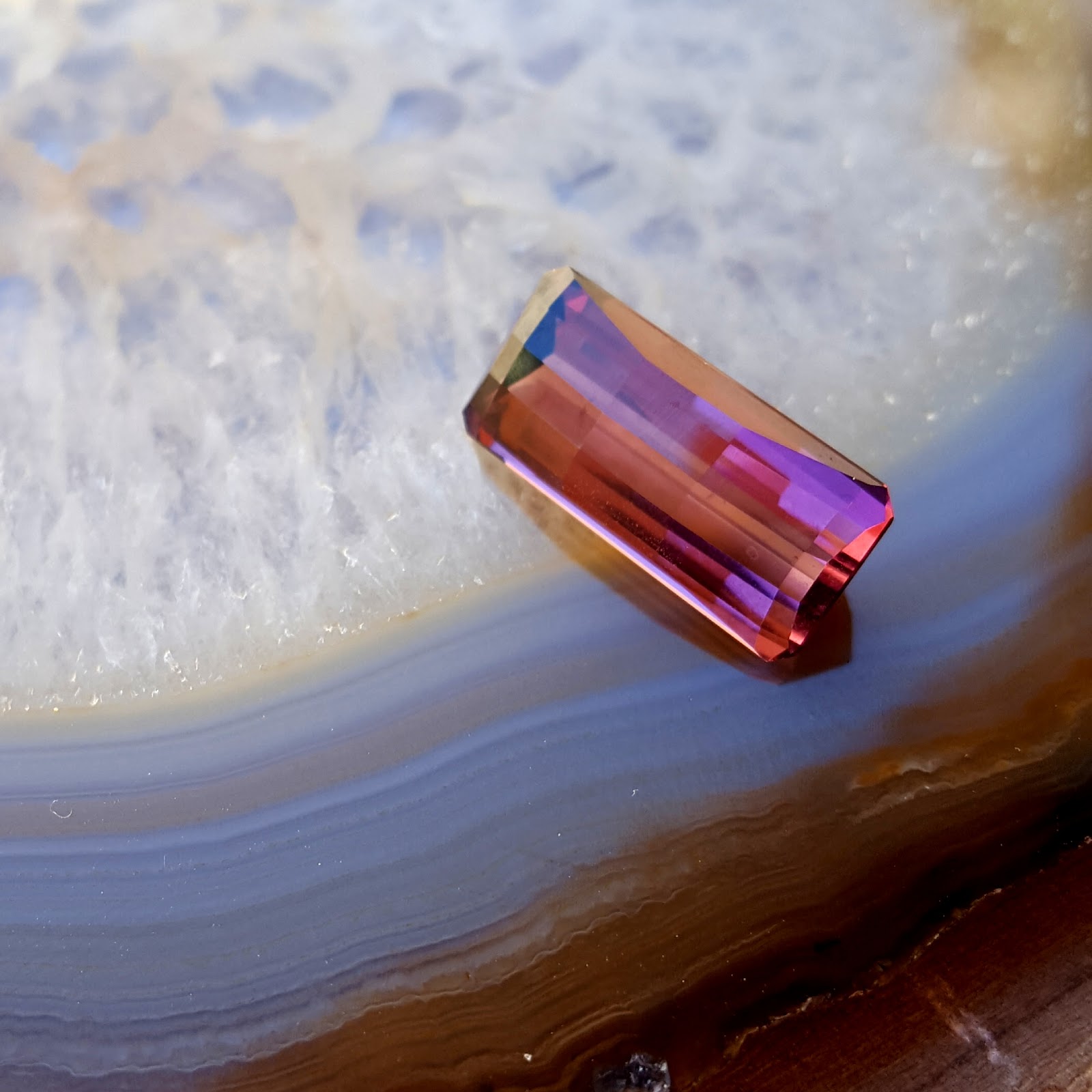 Tourmaline also honors Al-Uzza, the Nabataean Moon Goddess and Protector of Mothers.  Tourmaline stones, in all colors, are considered pointers, directors, and compasses; the fresh start crystals. They will help guide you on new adventures in life. Each color of tourmaline is said to have special properties as well. Here are some of our favorites:

Pink: Pink tourmaline is especially good for calming and soothing the heart, dealing with anxieties and stress, and re-centerning the soul. Pink is known to be a lighthearted color that is often associated with emotions, love in particular, and pink tourmaline is no exception.

Green: Green tourmaline is beneficial to one’s physical being. It is meant to help reinvigorate the body and boost energy. Green, being the color of the Earth, helps to ground people and keep them connected to their surroundings.

Yellow : Yellow tourmaline has purifying energies, and is used to dispel negative thoughts and intentions. Yellow is an energetic color and is associated with positivity and happiness. Yellow tourmaline has been used along with other measures of cleansing to refresh dwelling spaces, and to help gain mental clarity.

Black: Black tourmaline is know to be a protector stone. This stone is said to draw in all negative forces and contain them. Black, being the color that encompasses all other tones, is said to be the most powerful. 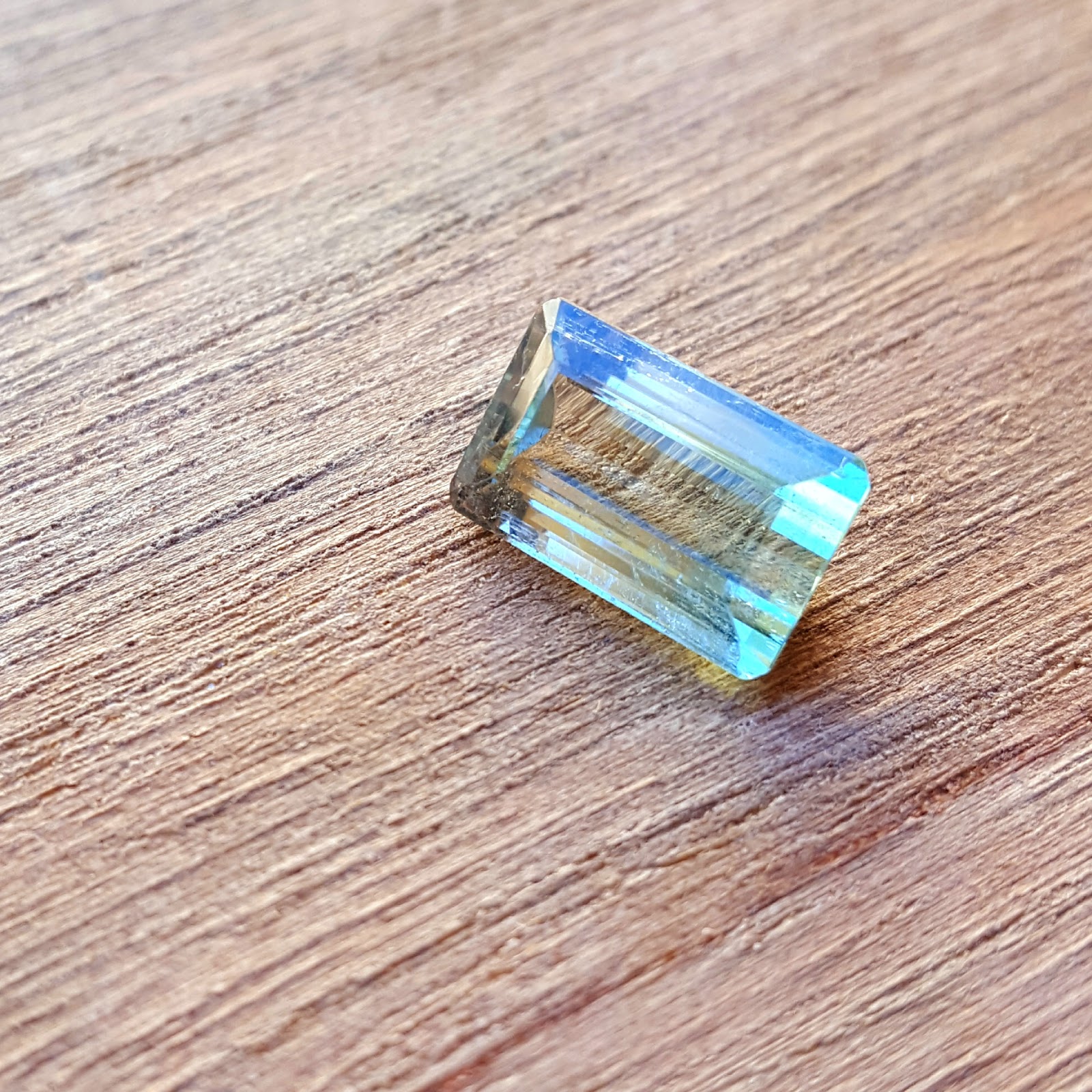 Tourmaline is not only beautiful, but can be a powerful tool if you choose to use it! Our California-mined tourmaline is from the Pala-Chief and OceanView Mines, just outside of San Diego. We hand select our stones, and work directly with the miners and mine owners to ensure the highest quality stones. 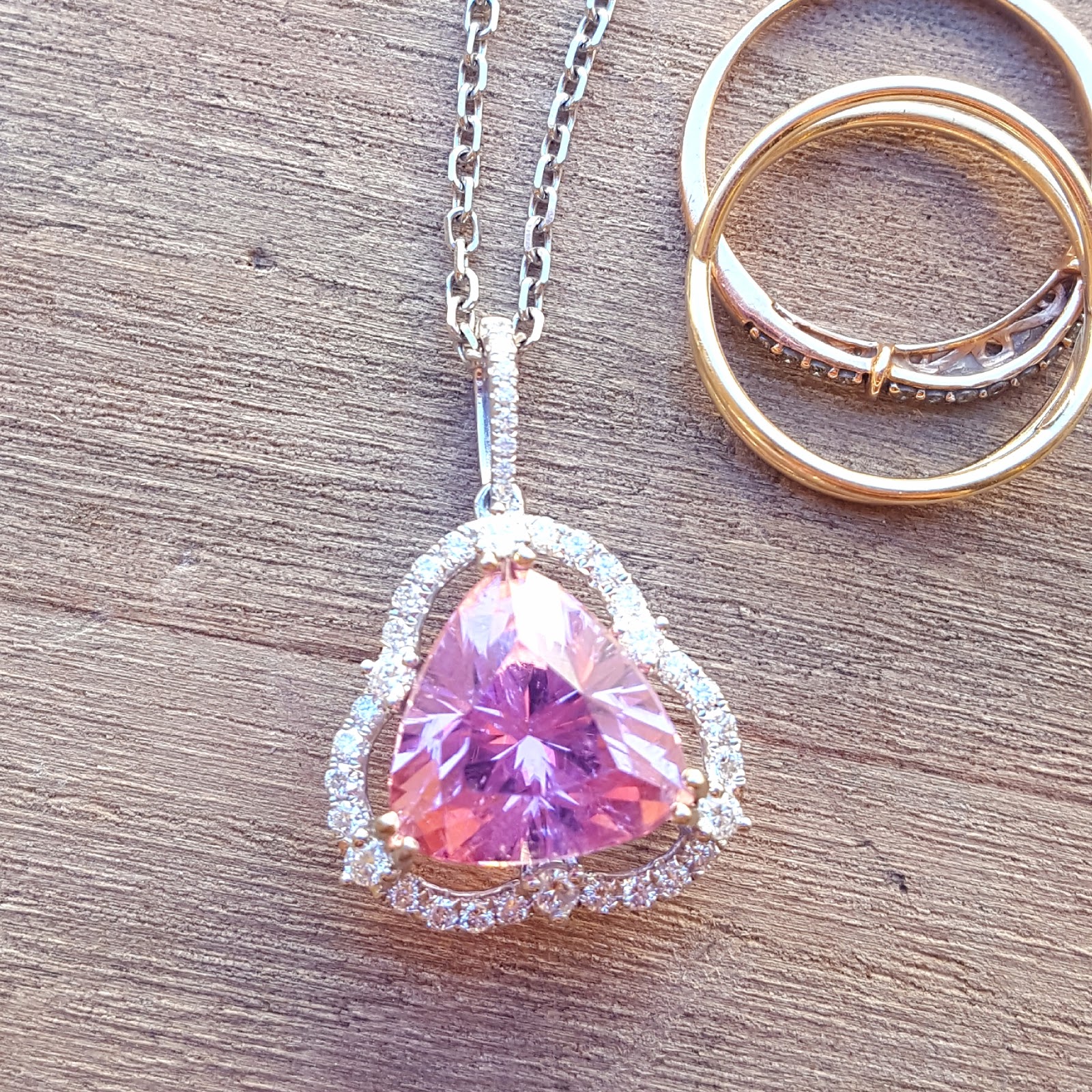 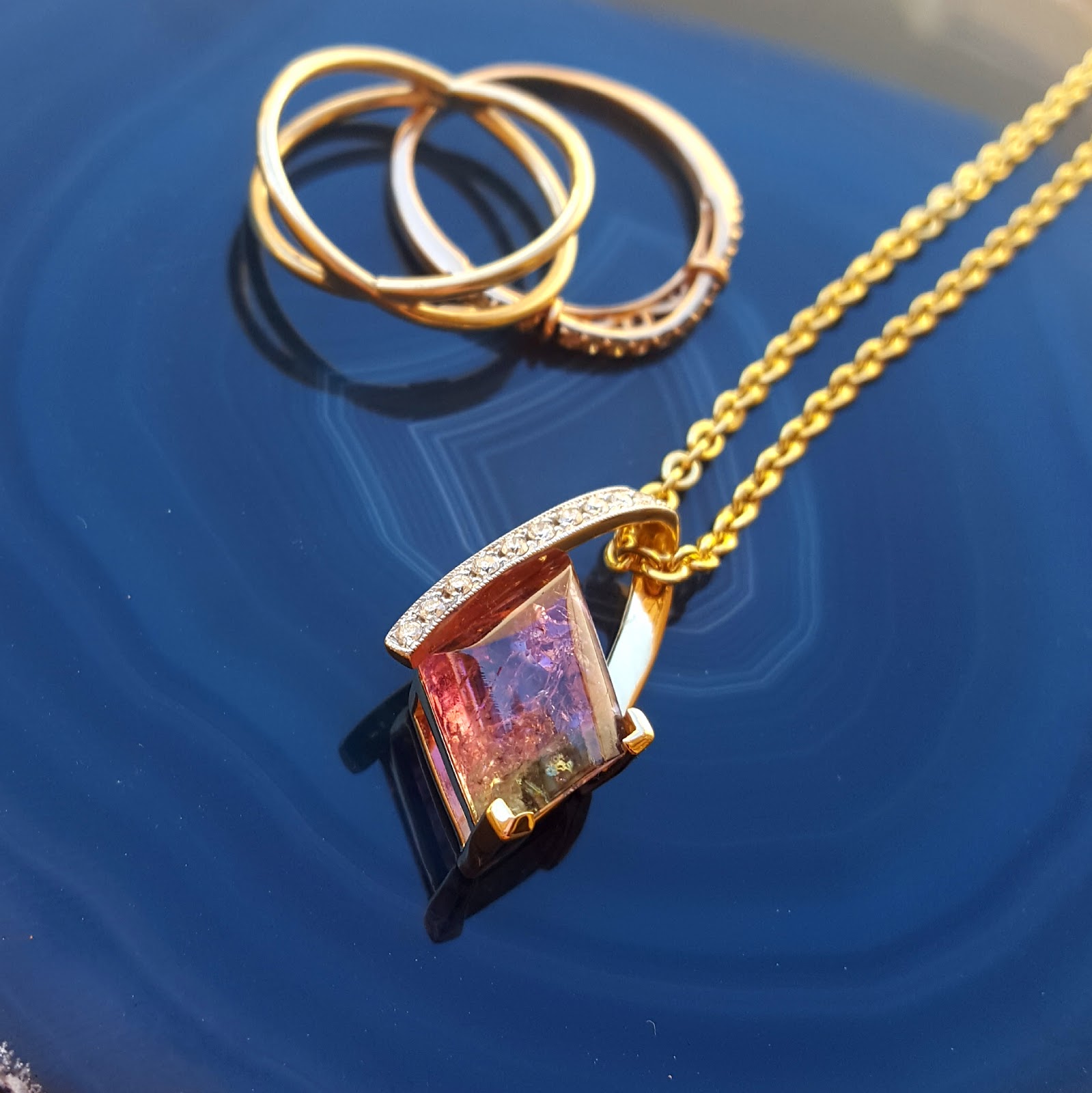