Did you know April 28th is National Superhero Day?! While your mind may jump to heroes like Captain America and Spider-Man, some people would consider our favorite gemstone, amethyst, to be a gem with superhero powers! From all of the unbelievable myths behind it’s origins, to it’s amazing “powers”, amethyst is a hero of a gemstone! Read on to discover the superpowers amethyst could deliver to your own home and personal life...it may turn out to be your hero, too! 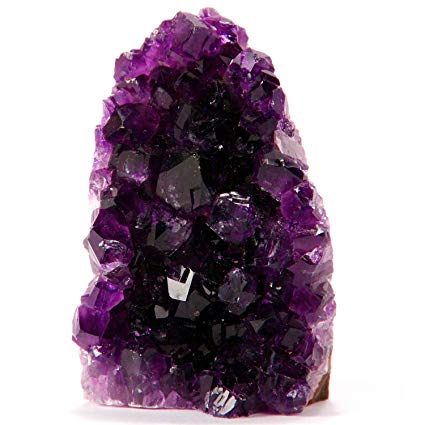 Amethyst is associated with many myths and legends that are still being passed on today. In fact, it’s most well known myth is it’s power of preventing drunkenness!  It has been long believed that if someone were to drink alcohol from a cup made of amethyst, they would remain completely sober, no matter the amount consumed. The name amethyst actually derives from the Greek word amethustos, meaning sober. The stone was said to instill a clear and sober mind into one who is heavily intoxicated...sounds like the greatest superpower ever! Today, cups made of amethyst are still used to prevent intoxication, especially during religious ceremonies.

This belief that amethyst can protect against intoxication stems from a historic legend about the Greek god of wine, Bacchus, who was overwhelmingly angry about an insult he received and had decided to take out his rage on the first person he saw by throwing them into his cage of tigers to be devoured. Unfortunately, the first person he met eyes with happened to be a beautiful lady named Amethyst. Diana, goddess of the hunt, protected Amethyst from being eaten by turning her into crystal. After feelings of regret and guilt entered his heart, Bacchus poured the juice of his grapes over the crystal as an offering and sacrifice for his awful deed, which is how the gem is said to have first received it’s purple color. The dreadful deeds of Bacchus have been left out of many retellings of this myth, but the association of the purple gem with wine still exists! 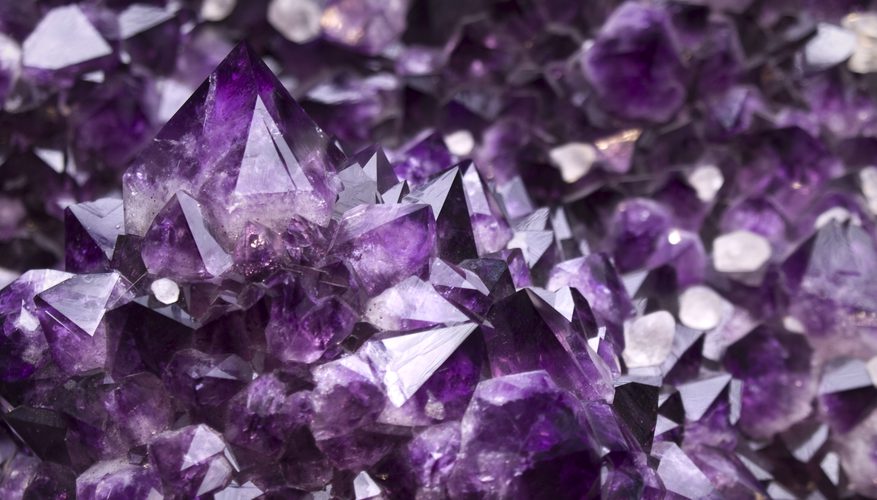 For many years, amethyst has been worn or carried for protection. The stone was said to keep travelers who were embarking on long journeys safe from bad weather, dangerous animals, and thieves. Many kings and soldiers would wear amethyst with the belief that it would keep them safe from unforeseen attacks and give them a sense of cooperation and flexibility. Today, amethyst is still seen by some as one of the most essential crystals that ensure protection and safety. It is also seen as a provider of “internal protection” by many people who practice meditation, as they believe the gemstone encourages them to make safe decisions and possess a peaceful conscience. 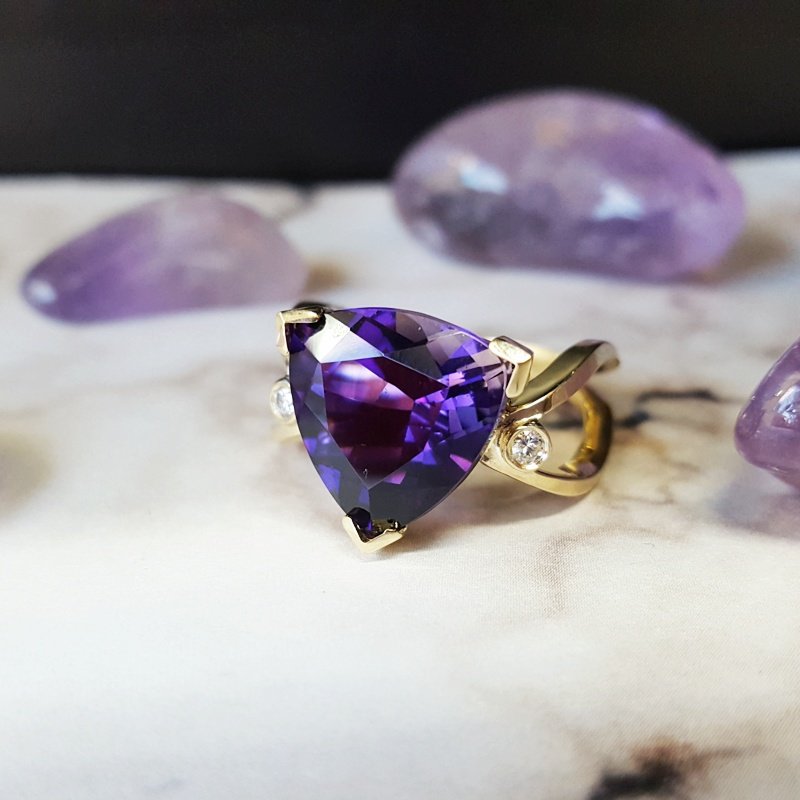 Amethyst is also said to possess mystical powers that relax and stimulate the mind. Many meditators believe that by holding amethyst to their crown chakra, the point at the top of the head, during a meditation, the stone releases its power and sends light and love through one’s body, granting them happiness and tranquility for days to come. Amethyst is believed to get rid of negative emotions such as depression, sadness, anger, and anxiety. Some even say amethyst can help pinpoint issues that cause stress and anxiety, allowing you to address them and feel more at ease. The energy of amethyst is said to form a “bubble” of safety, calmness, and happiness around you while you meditate. 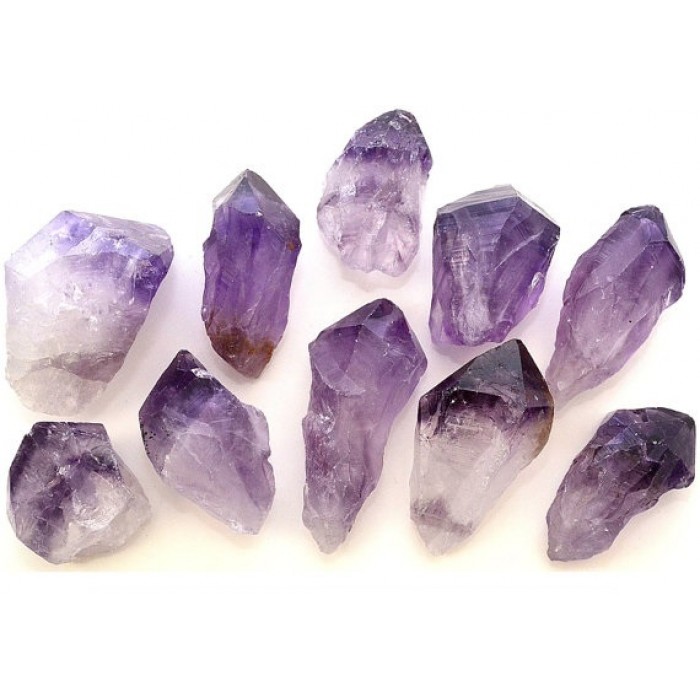 Many people actually place amethyst throughout their house, believing that it will constantly surround their family and home with positive things. Surrounding an office with amethyst is especially common, as it has been long thought to bring about new opportunities, healthy relationships, and good energy within the workplace. This gemstone will also help with focus, and remind you of your potential for excellence, motivating hard work and patience in all areas of life! In fact, Dan Mishkin, Gary Cohn, and Ernie Colón (DC Comics authors) were so inspired by amethyst that they created a superhero inspired by the gem. Amethyst really is a superhero! 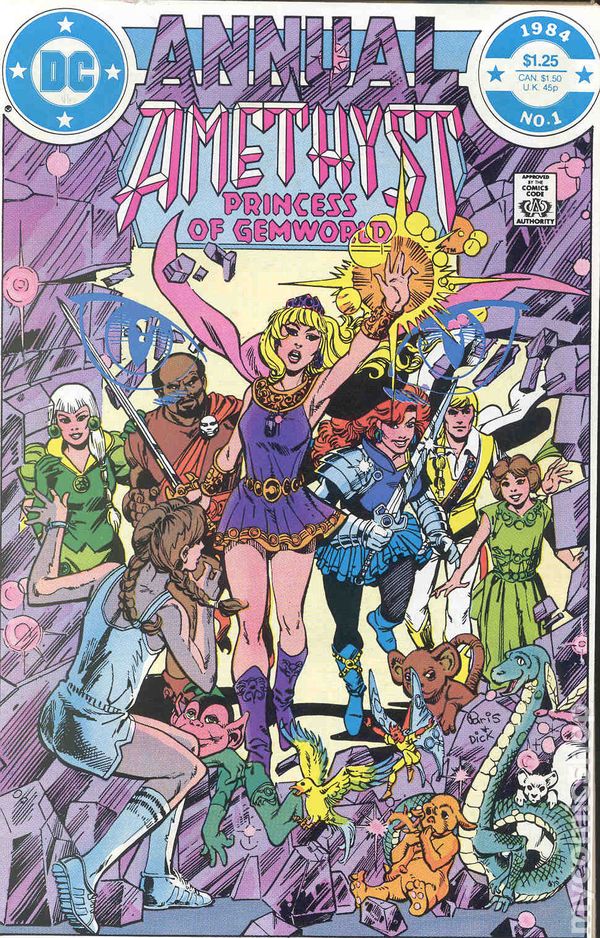 Overall, amethyst really is the perfect superhero in our eyes, and brings endless positivity, contentment, and satisfaction into the future! Even if you don’t believe the myths and legend, it’s hard to argue that looking at the beauty of a Four Peaks Amethyst doesn’t brighten your day! To purchase some amethyst of your own, click here to shop our bestselling styles.