Everyone knows that Peridot is the birthstone for August. This gem is well-known for its vibrant green color. But there are a number of lesser-known facts about this gem that make it as fascinating as it is beautiful! Read on to discover the truth about this gem. 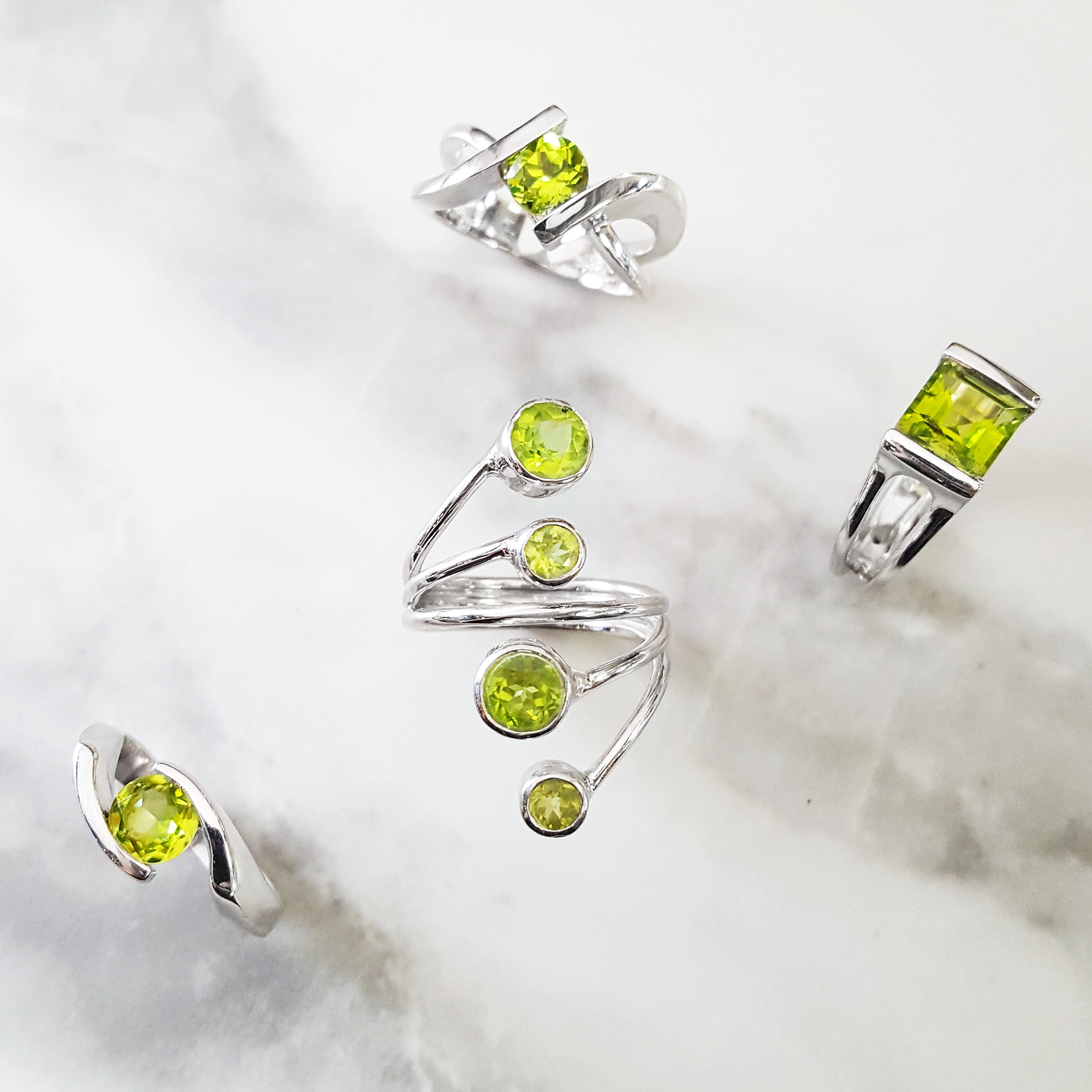 Most Gem-Quality Peridot is from Arizona

That’s right! Arizona is a lucky state, indeed. Peridot is mined right here in the valley. Just outside of Globe, Arizona sits a peridot mine. The Peridot Mesa is within an Apache reservation, so freelance Native Americans generally mine this gem. Many peridot crystals are discovered in fragments, or are too small to cut, so they are tumbled and used for beads. However, when larger, gem quality peridot is found, they are cut to exacting standards and used in fine jewelry. Large Arizona peridot gems over 5 carats are exceedingly rare, and are considered “museum” quality specimens!

Most gemstones are formed within the Earth’s crust. Peridot, however, is formed within the mantle. It requires immense heat and pressure to exist, much like a diamond! The most interesting thing about the peridot, though, is that it has been discovered in a meteor. In 1951, a farmer living in Esquel, Argentina, discovered a gigantic meteorite while digging a hole for a watering tank. This incredible finding was purchased and brought to Robert Haag, a meteorite expert living in the United States. He and other scientists soon discovered that the meteorite enclosed numerous peridot crystals beneath its shell. Esquel is known as one of the most treasured and remarkable meteorites ever found and the peridot gems found inside are still extremely rare and desired today. 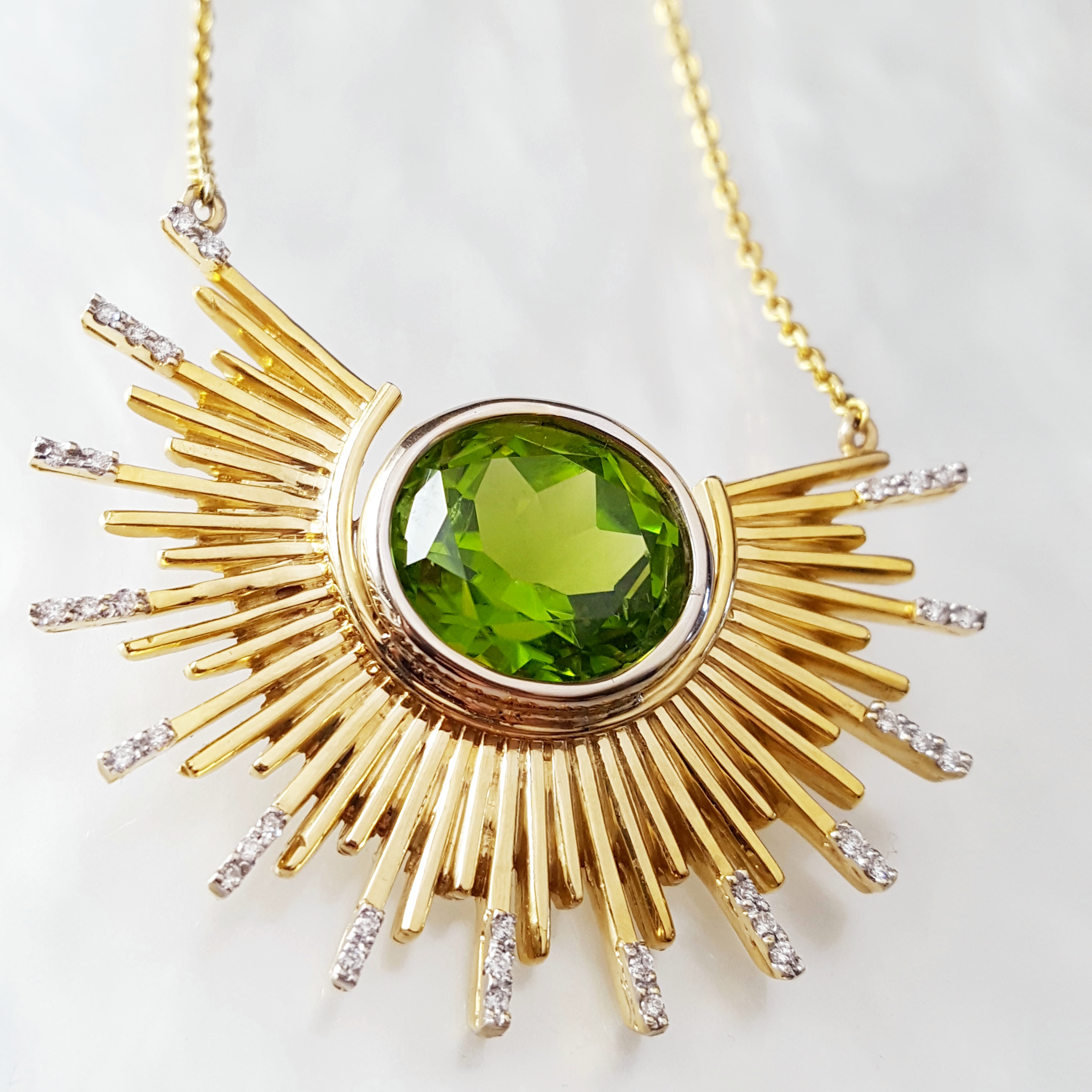 Hundreds of years ago, peridot was used in several different healing methods. If sick or ill, medicinal liquids would be drank from cups of pure peridot, as the gemstone was said to provide a speedier and more effective process of healing. In these times, peridot was also worn to relieve the feeling of depression. Today, peridot is used by some for much more than just healing illnesses. The gem is believed to reduce feelings of nervousness, stress, and anxiety as well as releases negative toxins and provides a sense of peace and security. Peridot is also worn and placed throughout homes to increase the flow of money, maintain protection of family and friends, boost self esteem, develop confidence, and enhance happiness and positive emotions.

The Gemstone of a Queen

For years, historians believed that Cleopatra, Queen of Egypt, was famously known for wearing beautiful emerald gemstones.  However, due to a lack of knowledge and technology, people in the Medieval Times would often confuse peridot with emerald. After centuries of believing Cleopatra was the Queen of emeralds, it was discovered that her fabulous “emerald” collection was actually a peridot collection! Peridot is now called the “evening emerald,” thought it’s color is vibrant and bright in sunlight, it can take on the appearance of emerald in low light. 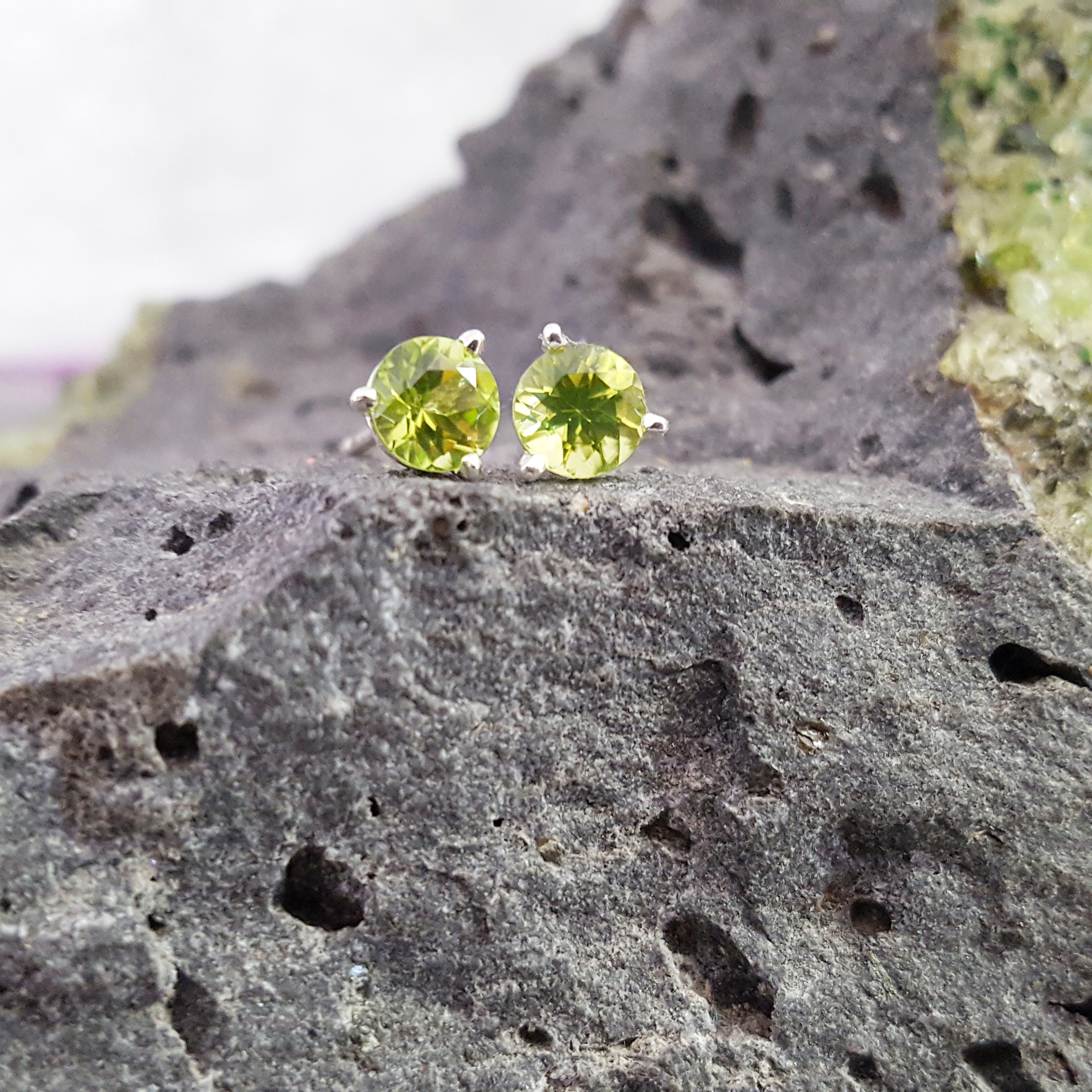 It’s easy to see why August’s birthstone is so popular all year round. From the vibrant green of the color to the incredible trip it takes through the Earth to make its way into jewelry, this gem is certainly special. It will give you confidence and poise whenever you wear it. Whether you’re looking for peridot earrings, peridot necklaces, peridot rings, or custom peridot jewelry, you’re sure to find something to suit you at Sami Fine Jewelry!