It’s finally everyone’s favorite time of the year! If you’re lucky enough to be born during the Christmas season, you not only get to participate in all of the fun winter activities such as ice skating, decorating, drinking cocoa, and listening to Christmas music, but also choose between December’s three stunning birthstones: turquoise, tanzanite, and zircon! Read on to learn more about these precious gems and maybe (if you’re lucky) you’ll find one of them beneath the tree on Christmas Day!

Turquoise, perhaps the most favorite of the three December birthstones, can be found all around the world, especially in countries such as the United States, Mexico, and even China. It is popularly known for its unique color, a greenish-blue hue. This favored stone has been used in jewelry for thousands of years and is one of the oldest gemstones in the world. Turquoise is not only a birthstone, but also a celebratory gemstone that is used to represent a couple’s 5th and 11th anniversary! Turquoise is very commonly known for its healing powers and is said to bring luck, riches, and happiness. Other cultures also believe that if the turquoise stone were to suddenly change color, danger and illness would enter the owner’s life. Turquoise is a great gemstone of choice if you are hoping to bring more positive emotions into your personal life. 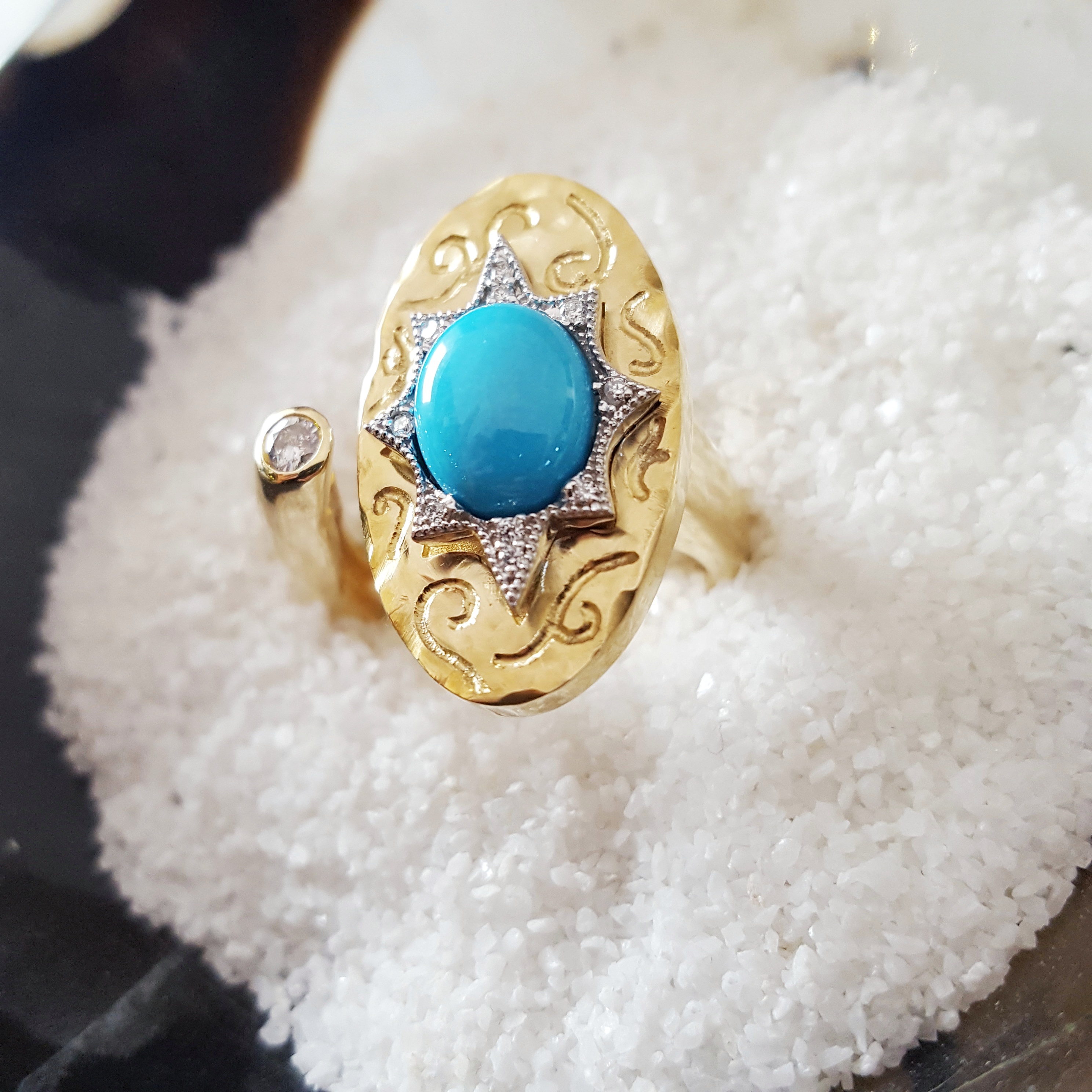 December’s second birthstone, tanzanite, is a gorgeous gemstone that often ranges in color from classy blues to deep violets and purples. Although researchers state that the gemstone began to form about 585 million years ago, amazingly, tanzanite was just recently discovered in 1967! It is extremely rare and received its name from the only place it has ever been found: Tanzania. After Manuel de Sousa found the gemstone within 4 kilometers of land on the Merelani Hills, Tanzanite was presented to the former President of Tiffany’s who officially presented the gemstone with the name “tanzanite” as well as described the stone as “the most beautiful blue gemstone to be discovered in 2000 years.” After this astonishing discovery, Tanzania’s economy was extremely strengthened, growing tremendously as it continues to do so today. Tanzanite is commonly used to celebrate new beginnings and is said to bring joy, goodness, and peace to the people who are lucky enough to wear it. 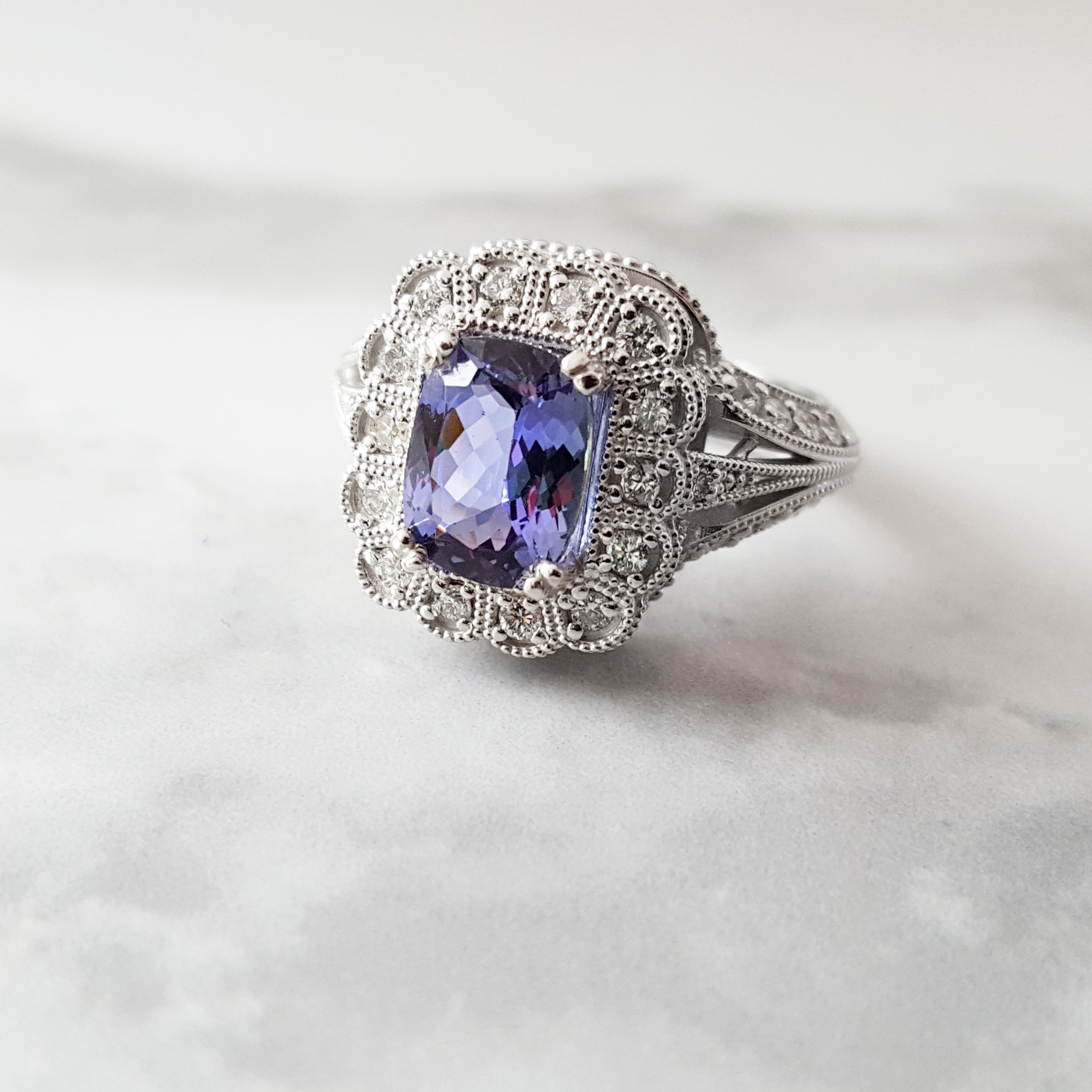 The third and final birthstone for December is zircon. Perhaps the gemstone with the most variety of color and location, zircon can be found in several parts of the world such as Russia, Brazil, Canada, Australia, the United States, and even Italy and has a unique array of colors ranging from blues, yellows, greens, reds, and even shades of brown! While tanzanite is a fairly new gem, zircon is often considered to be the world’s oldest gemstone. It is mentioned in the bible as one of the first twelve precious gemstones worn by the old priests of Israel. This gem is desirable because of its hardness, beautiful colors, and amazing healing powers. Zircon has been said to have unique powers depending on the specific color of the stone. For example, red zircon is especially desired as it is said to heal wounds quickly as well as ease extreme pain while yellow zircon brings wisdom and love. For years, it has been stated that each and every zircon gemstone generates emotions of love, whether this is loving yourself or another person, as well as transfer intense spiritual energy into the heart and soul of its wearer. If you know someone going through difficult change or new transition in their lives, zircon is the perfect gift, as it is said to bring peace, energy, and guidance. 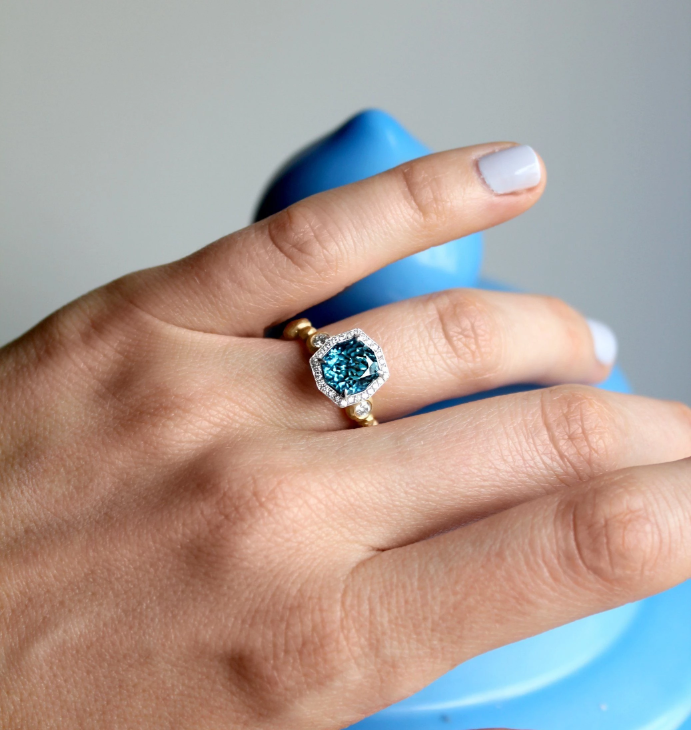 With December being a month of giving and generosity, why not buy a piece of turquoise tanzanite, or zircon as a gift for a friend or loved one? With their variety of colors and luster, you’re sure to find something unique and special for whoever you have in mind. All three of December’s birthstones are sure to bring love, peace, and joy to their owners lives...even during the busy, rushed, and sometimes stressful holiday season! Here at Sami’s, we can customize any of these beautiful gemstones to create your jewelry dreams into real, jaw-dropping pieces! Celebrate the most wonderful time of the year with the unique and beautiful December birthstones of turquoise, tanzanite, and zircon.