All About Arizona's Anthill Garnet!

We’ve all heard of garnet, the stunning gemstone known for its gorgeous, deep red color. Usually, this gem is found in places all around the world such as India, Brazil, Egypt, and Thailand, and is collected by local miners in these areas. But did you know that there are hundreds of tiny creatures here in Arizona who also gather this precious gemstone? Spectacularly, ants scatter the depths of the Navajo Nation ground and transfer the garnet stone to the surface, where the Navajo collect them to sell. The specific ant is said to be the southwestern harvester ant, a red-brownish insect that makes space for itself when building by moving pebbles, stones, and small rocks to the surface of the ground they are working beneath. The ants move the precious gemstone out of the ground in order to make room for their homes. Arizona Anthill Garnet is mined by these ants specifically on Navajo grounds in the Four Corners region of Arizona, and is off limits to anyone but the tribal collectors who were born in this area. The location of these native lands is found just south of Monument Valley where two exclusive small towns, Kayenta and Garnet Ridge, are hidden. 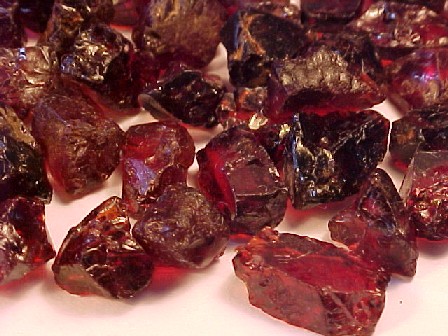 Anthill Garnet was first found decades ago by Native Americans who discovered it while traveling the land by foot, as this was their main mode of transportation before the Spanish arrived. While advancing across their vast lands, they made sure to scope the ground with close eyes for signs of unfamiliar vegetation, animals, and landscape. As they continued to stay alert, they noticed the beautiful Garnet gemstone hidden within the dirt beneath their feet. Although extremely small, the elegant red shade of the gem made it easy to spot against the light soil. The stunning gemstones spread quickly and were already being passed around the Pueblos of New Mexico by the mid-1500’s! Ant Hill Garnet is exclusive to the Native American land and is not commercially mined due to its unique location and rarity. 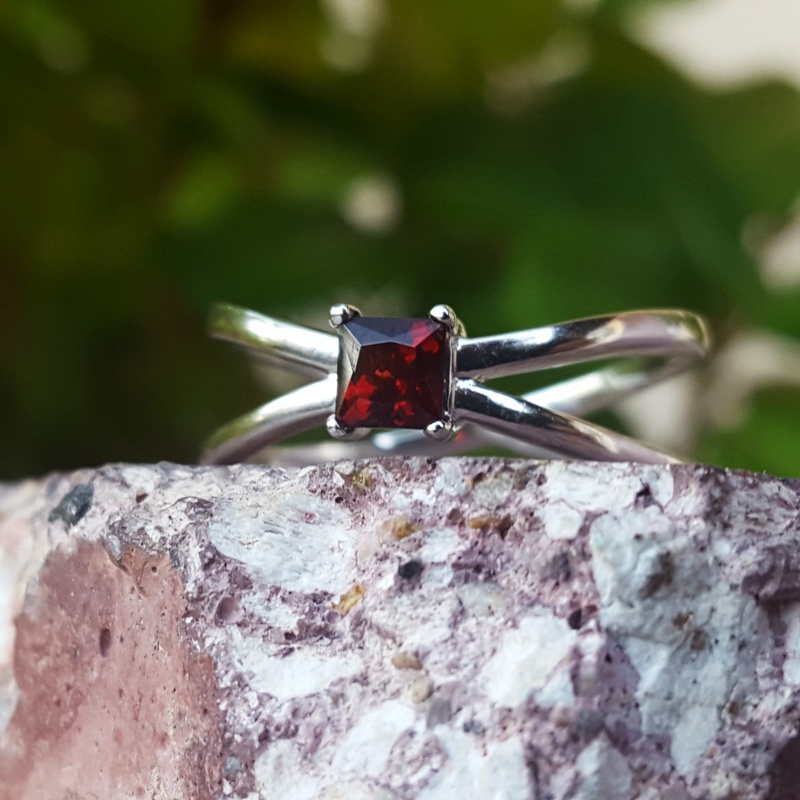 Antill Garnet is exceptionally small, and any stone larger than one carat is extremely rare. Although this was originally assumed to be a downfall, it was, in reality, a blessing in disguise. As people began to work with the gem, understanding grew that if the gem was any larger, the garnet would appear extremely dark in color, almost reaching a level of black. This would prevent the glamorous red shade from shining out, as a size any larger would not allow enough light to pass through.

The uncommon “ruby red” color of the gemstone is formed from high concentrations of aluminum in the particular areas where the gem is formed. This makes sense, as Arizona is known for its red rocks! Although red is the most commonly known color of garnet, it can also be found in other wonderful colors such as black, green, and clear! The one and only color that garnet cannot form in is blue. The gemstone can be found in almost any type of jewelry due to it’s small, workable size, and appeal to collectors.

Garnet is recognized as the January birthstone...and wearing it is a great way to start off your New Year! According to legend, Ant Hill Garnet has been said to help overcome anxiety, circulate blood pressure, and even enhance the health of the bones, lungs, and heart. In fact, during the Medieval times, garnet was the only gemstone said to heal poisons and wounds. It is also said to balance energy and inspire love while bringing luck and success to anyone who wears it. Deep friendships have been known to form while wearing it. That makes this gem a great gift to help a friend celebrate their special occasions! The word Garnet comes from “gernet”, meaning “dark red” and was derived from the Latin word granum, meaning “grain” or “seed”...Makes sense, right?! Some say this association with “seeds” comes from the similar size and color of pomegranate seeds! Anthill Garnet is also extremely durable and the gems are likely to last a lifetime. 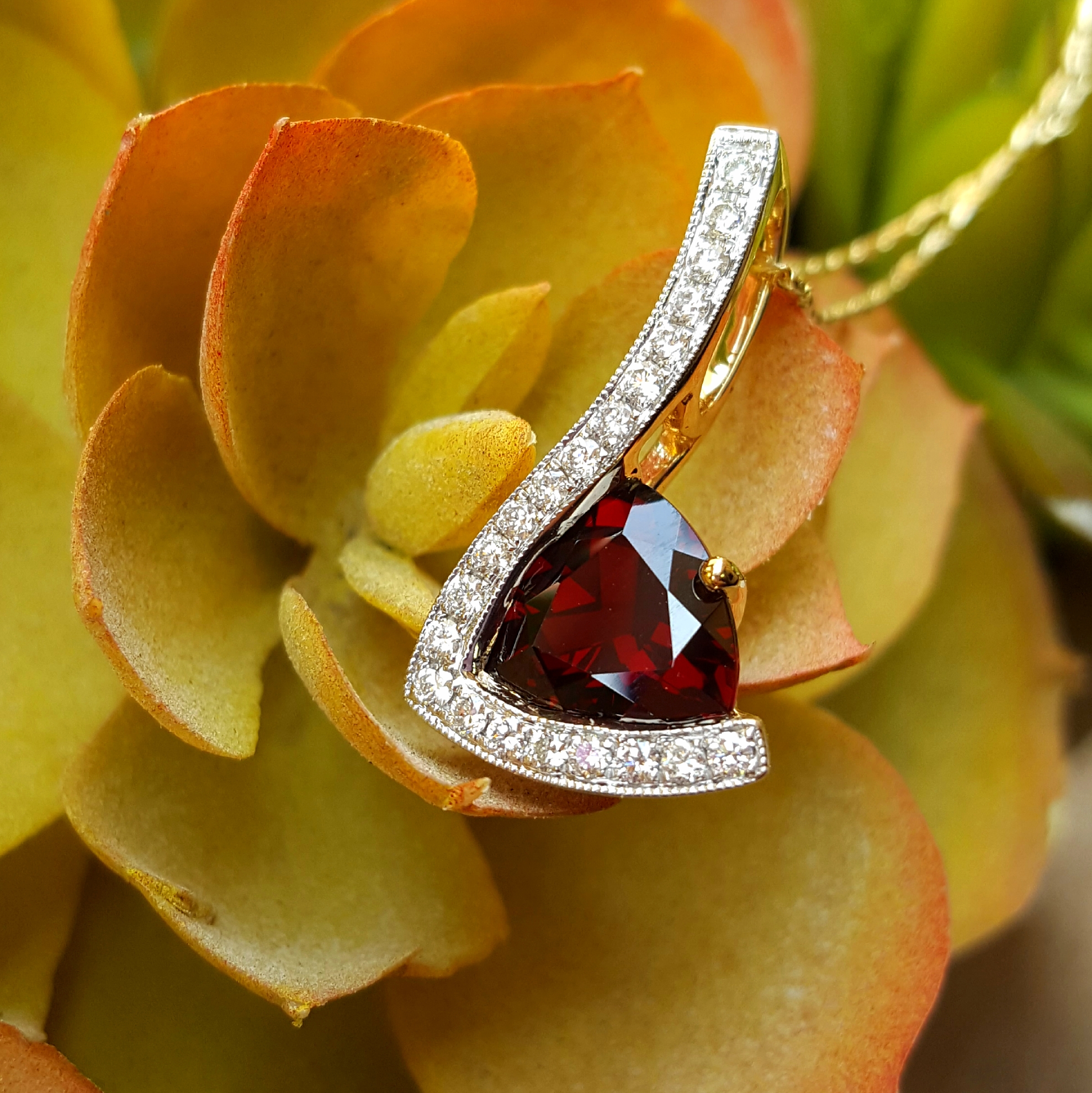 Anthill Garnet is wonderfully unique and distinctively stunning. The color, shape, and size of the gem stands out beautifully whether it is presented on a ring, necklace, or even a bracelet. Ant Hill Garnet is always a fantastic choice of gift to buy for your adored loved ones, as well as a luxurious item to purchase for yourself. All in all, this gem will bring you nothing but happiness, health, and beauty, as well as a gorgeous addition to your jewelry box! 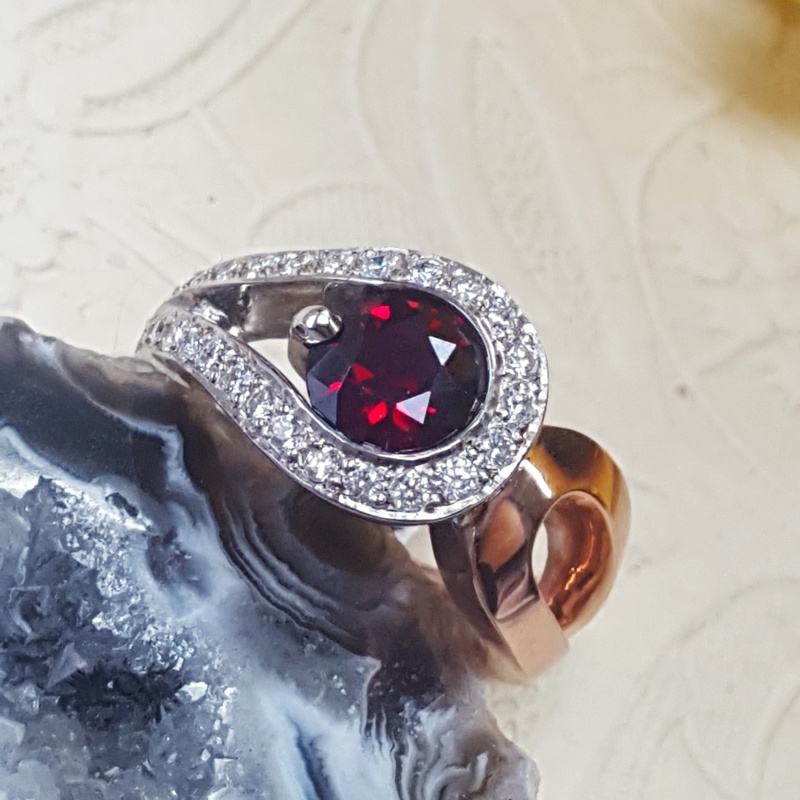