October is for opals… Or is it? Pink tourmaline gemstones are a not-so-humble alternative to the opal as a treasured birthstone for this month. But what makes them so special? From their varied colors of baby pink to vivid magenta, pink tourmaline is an adaptable gem. Read on to learn more about this undiscovered beauty.

Tourmaline are gemstones that can form in a multitude of vibrant colors. Because of this, it’s no surprise that they had been mistaken for different gems for ages. Green tourmalines were thought to be emeralds, blue were thought to be sapphires, red were assumed to be rubies… the list goes on. For this reason, the word “tourmaline” actually comes from a word that means “mixed colored gem.” Despite this identity crisis, tourmaline has become a sought-after gem for it’s multitude of colors. If pink isn’t your color, you’re sure to find a tourmaline that suits you. 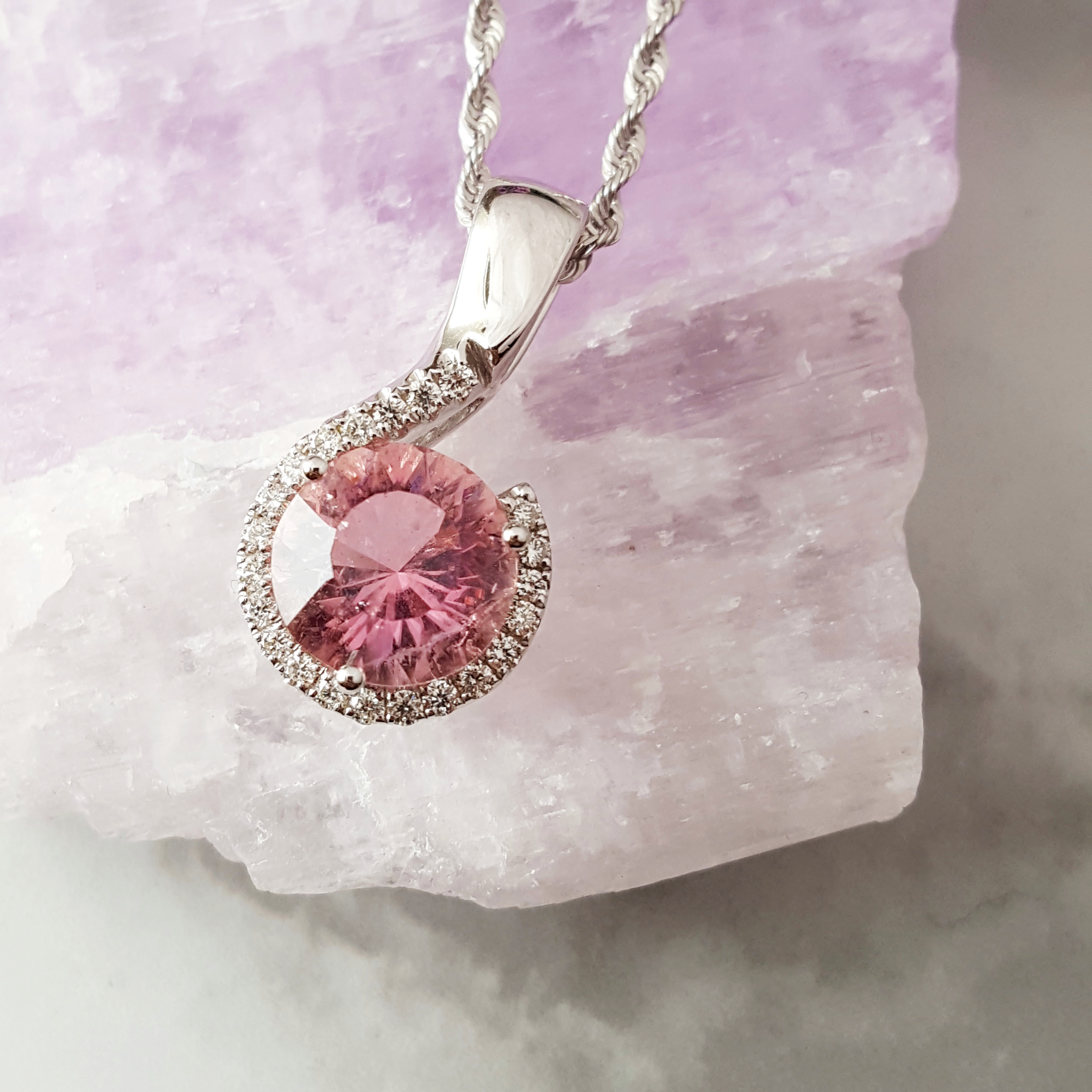 The history of tourmaline in America is a story for the ages. Young miners in Maine discovered a vibrant gem and knew it was a beauty that needed to be shared. They marched into one of the largest jewelry dealers they knew - one that dealt only in precious gems. To their credit, they were able to meet with the owner himself. The owner of this business was none other than Charles Tiffany (yes, of Tiffany’s), and along with his master gemologist George Kuntz, they went ahead and bought this unusual gem. This purchase began a boom in popularity for tourmaline of all colors! The popularity quickly spread to the corners of the world, and it was mined on a large scale. Eventually, this gem was even used in fine jewelry worn by Chinese royalty.

After the decades-long popularity that tourmaline enjoyed after being introduced by Tiffany’s, demand waned a bit, and trends changed. Then, just outside of San Diego, California, an amazing discovery was made. Miners unearthed a slew of “blue-capped” tourmaline crystals. The gems were of vibrant pink tones, topped with a rare blue streak. Tourmaline burst back into popularity with a vengeance - and the emphasis was now on gemstones mined right here in America. Sami Fine Jewelry works closely with mine owners in California to source the highest quality, ethically mined tourmalines for our one of a kind American Gem Collection designs.

Though pink tourmaline (and tourmaline in general) has a fairly recent history as a gem with its own name and characteristics, ancient cultures have long used this gem in spiritual practice. Though it was known by different names, many were drawn by its beauty and energetic pull. Many have said that pink tourmaline in particular is the perfect gem to strengthen friendships, and create a tight-knit community. Others say that this gem is good for people in creative lines of work, as it enhances insight and inspiration. Others still say that this gem helps to increase self-confidence and ignite your inner strength when faced with challenges. Whatever the case may be, this gem has long been said to be an asset to your daily routine! We feel this is especially appropriate for October, as it is also Breast Cancer Awareness Month. This gemstone makes a heartfelt tribute to the warrior who survived this disease, is still fighting, or to a caretaker in the medical field.

A Modern Take on Gemstones

With colored gemstones gaining popularity and a greater awareness of the importance of choosing local, ethically mined materials, it makes perfect sense to search for a pink tourmaline piece this October. Search through our American Gem Collection to find pink tourmaline necklaces, rings, and earrings, or contact us to create the custom piece that perfectly represents your unique style. 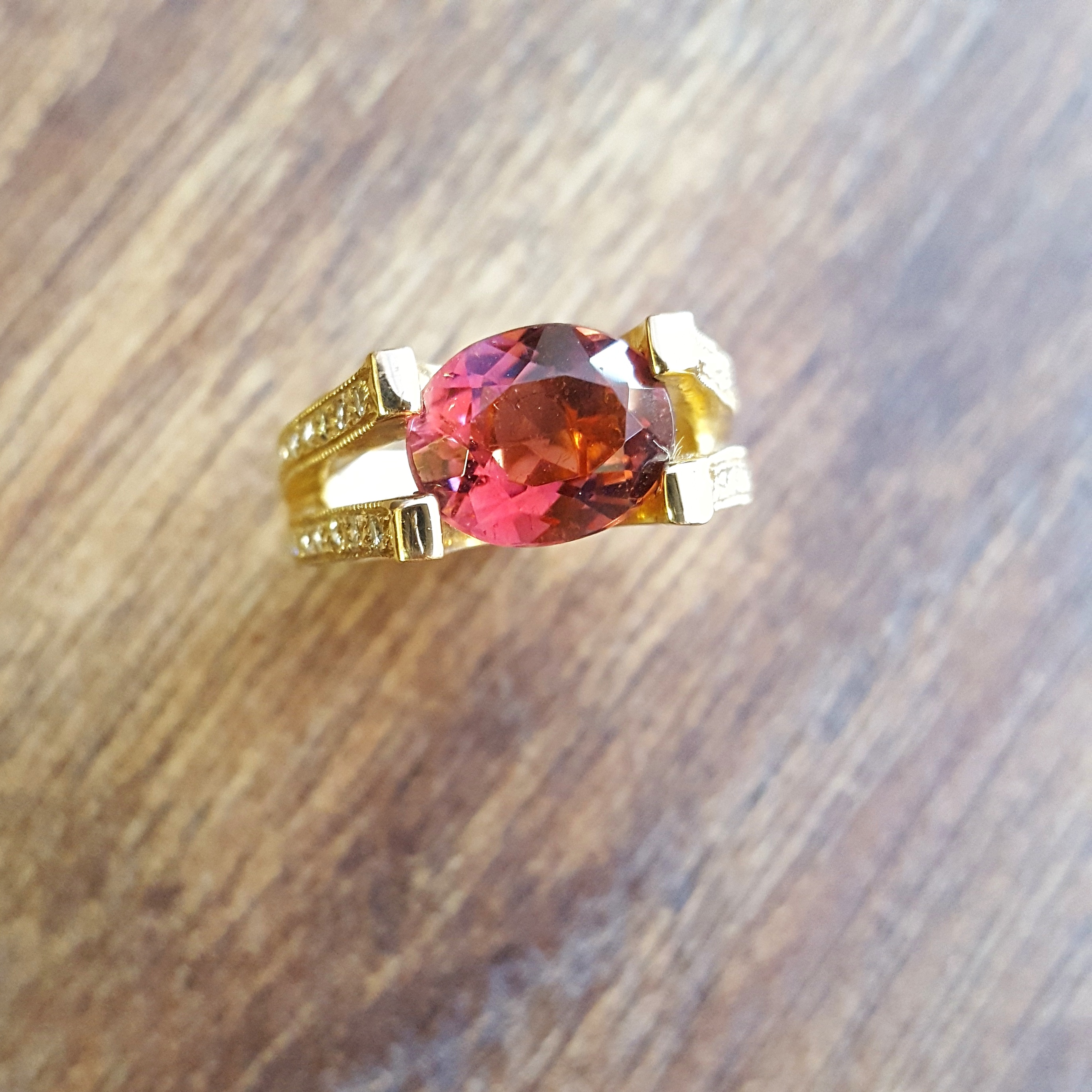