Ruby - the King of Gems

Ruby is the July birthstone – and it’s one of the most coveted of gems. Called the “King of Gems” since it gained status in Ancient India, today it can command the highest per-carat price of any colored stone. Here’s what you need to know about this beautiful gem! 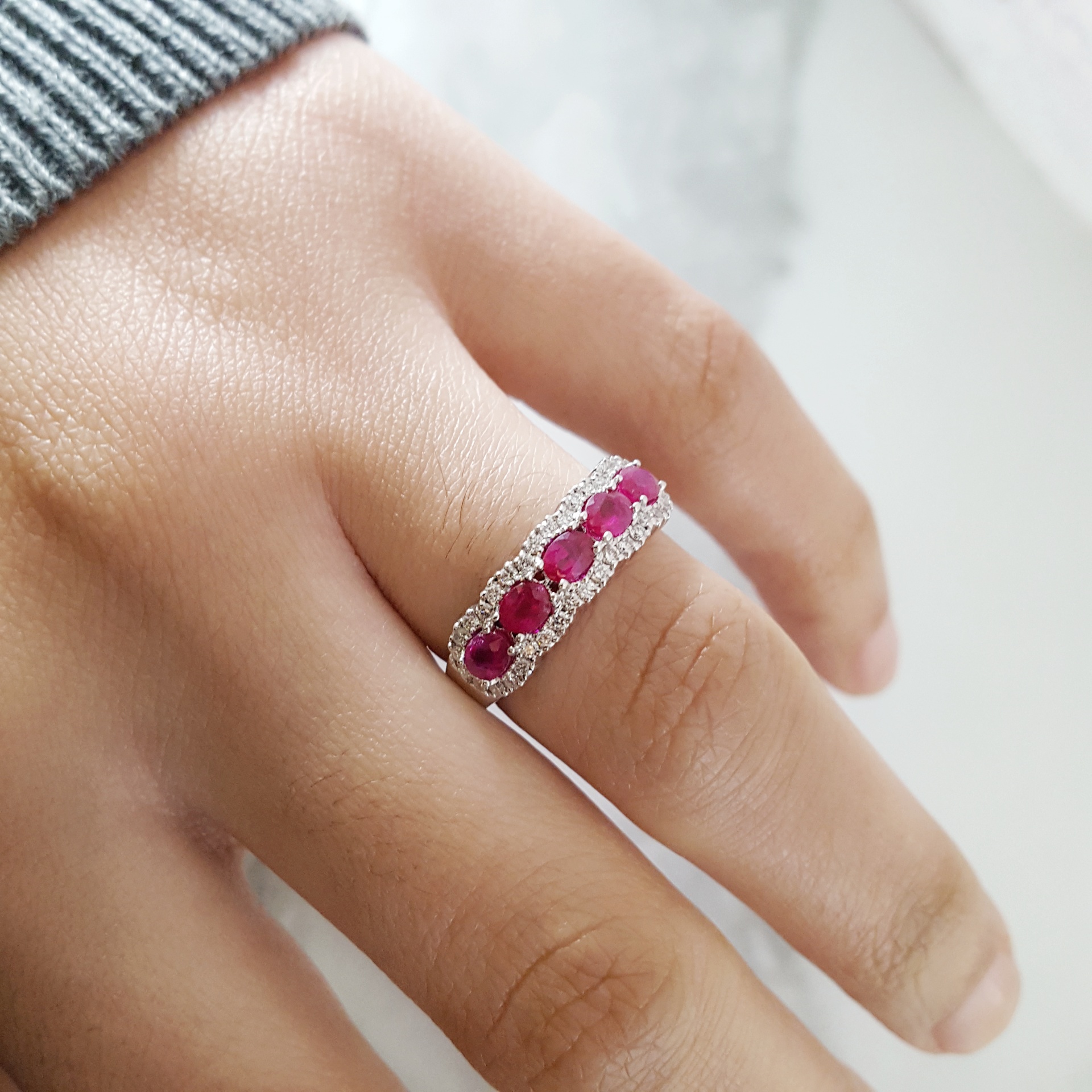 Ruby is a variety of the mineral corundum that contains trace amounts of the element chromium, which causes its color. Ruby is a part of the same “family” of gemstones as a sapphire! In fact, ruby is so robust in its history and lore that it is the only color of sapphire that has been given its own name.The more chromium present, the richer the signature red color. Chromium can also cause red fluorescence, which adds to the intensity of the hue. Fluorescence is visible light temporarily emitted by some gemstones when they are exposed to sources such as ultraviolet light (as in sunlight), X-rays or lasers. This gem really glows!

Ruby has a hardness of 9 on the Mohs scale, just below diamond. As such, it is a very durable stone that holds up well to daily wear in rings and other jewelry. It makes an exceptional choice for pieces that can be passed on for generations.

In addition to being the July birthstone, ruby is traditionally given for the 15th and 40th wedding anniversaries. 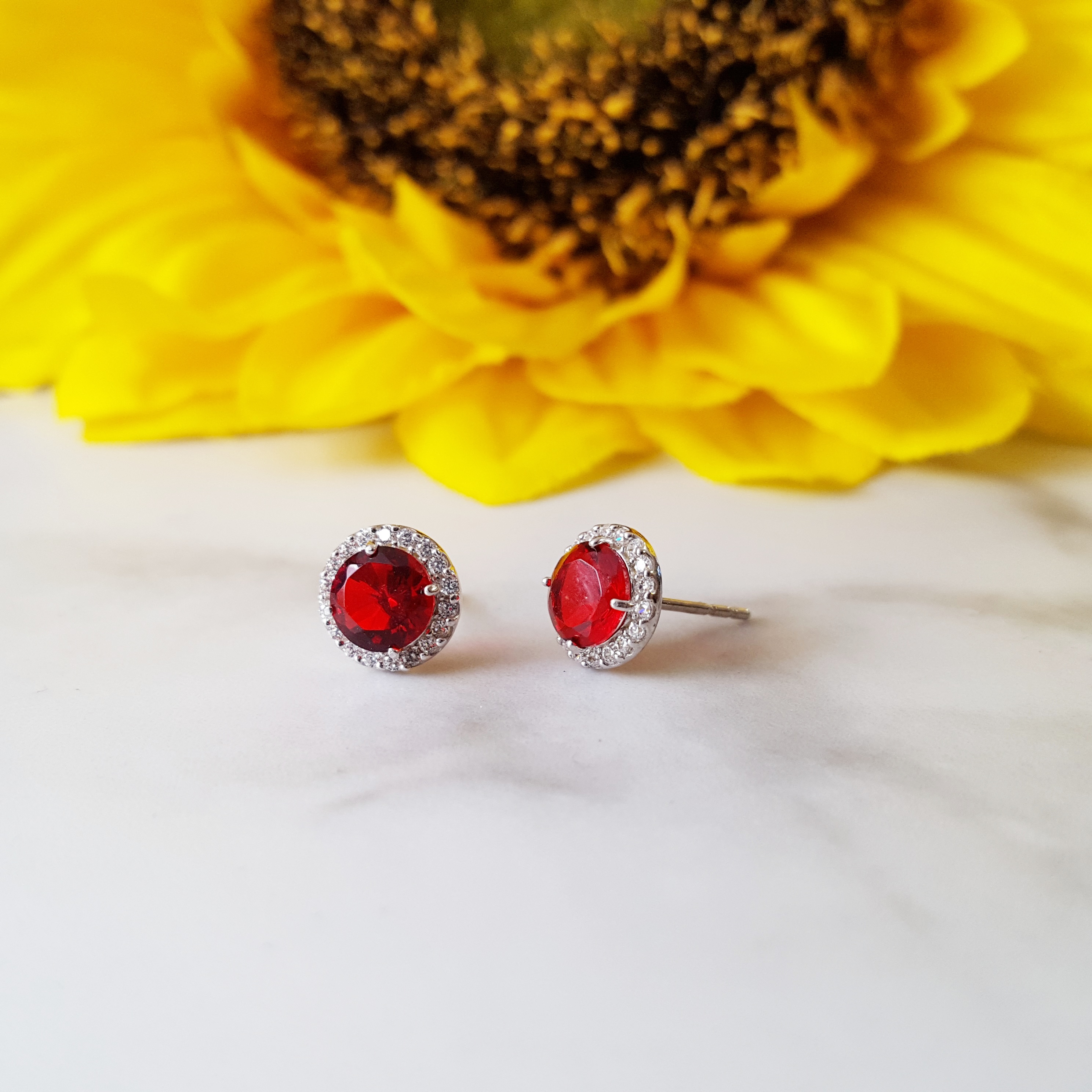 Red is the color of our most intense emotions—love and anger, passion and fury. It’s associated with objects of power and desire—like fast cars and red roses. Early cultures treasured rubies for their similarity to the redness of the blood that flowed through their veins, and believed that rubies held the power of life.

In the ancient language of Sanskrit, ruby is called ratnaraj, or “king of precious stones.”

Ruby has accumulated a host of legends over the centuries. People in India believed that rubies enabled their owners to live in peace with their enemies, and find common ground. In Burma (a ruby source since at least 600 AD—now called Myanmar), warriors possessed rubies to make them invincible in battle.

Ruby retained its importance with the birth of the Western world and became one of the most sought-after gems of European royalty and the upper classes. Many medieval Europeans wore rubies in an effort to guarantee continued health, wealth, wisdom, and success in love. 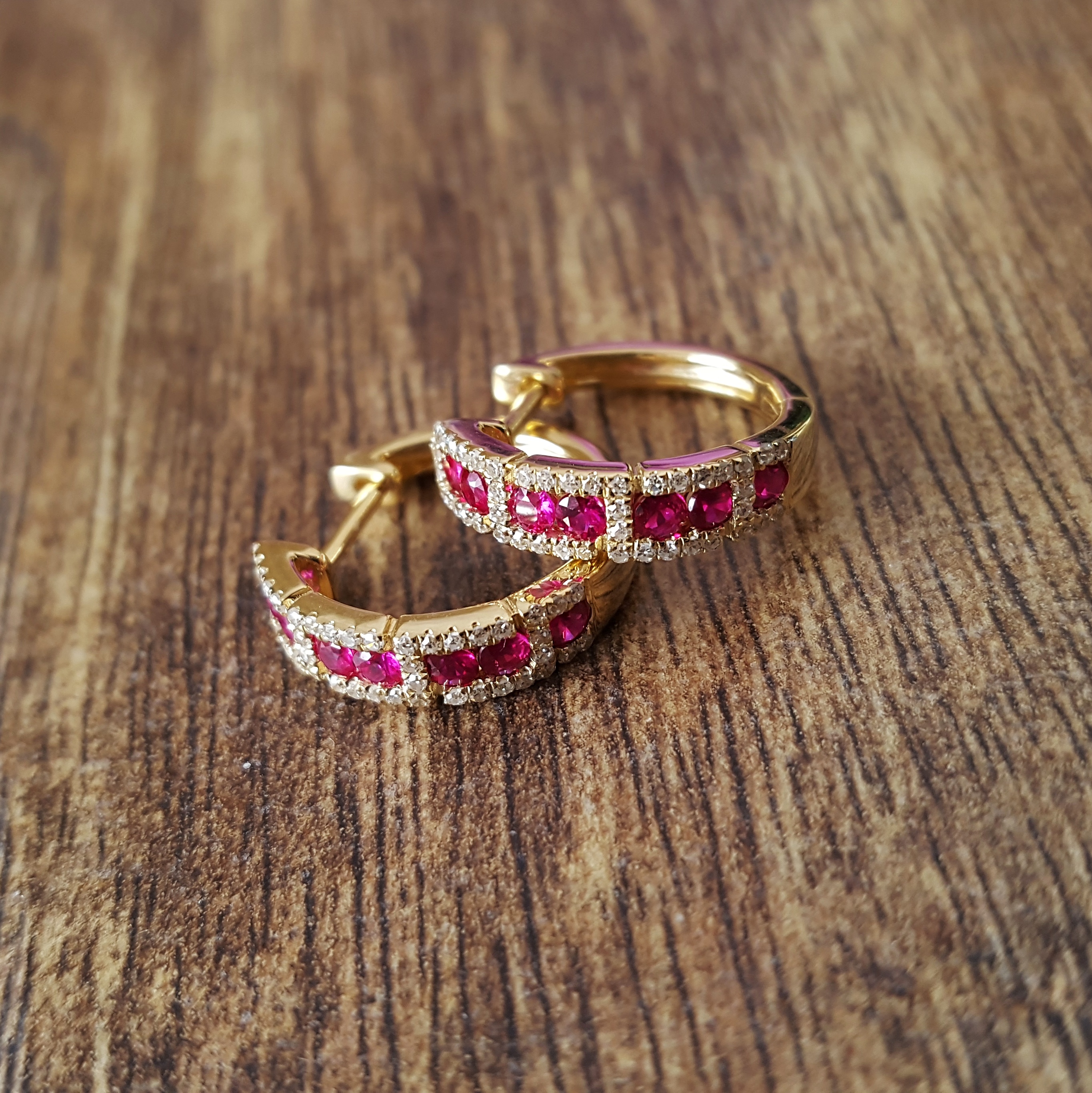 Once you’ve picked out your own ruby piece, you’ll want to take care of it and keep it looking brilliant.

Using warm, soapy water and a soft cloth is a safe option to clean ruby jewelry.

Rubies are often heat treated to remove purplish discoloration, leaving a more pure and vibrant red. The process can also remove minute, needle-like inclusions that can cause a gem to appear lighter in tone and be more opaque. These treatments are stable and will hold up just fine to normal wear and tear.

Fractures in rubies are often filled with glass and glass-like substances, polymers or resins, and oils. This improves their apparent clarity and makes the stone even more beautiful. These materials, however, can be damaged through contact with a variety of chemicals. Even relatively mild substances like concentrated lemon juice can etch the filler. For this reason, always air on the side of caution and use gentle cleansers on your ruby jewelry, or take it to a local jeweler.

Always ask if your ruby has been treated before you buy. Treatments are accepted in the jewelry industry, and are nothing to shy away from. That being said, make sure you’re informed if your ruby has gone through any standard treatments!

Whether or not you have a July birthday, owning a ruby is a rare and special thing! As always, reach out if you'd like to learn more about this timeless gemstone. Contact us to create a custom design, or Shop our selection of ruby jewelry!