A Guide to Arizona Garnet

Being located in the Southwest, it’s easy to think immediately about the staple southwestern gem: turquoise. We want to dig a little deeper into another gemstone that reminds us of the red rocks and legendary sunsets of the desert: Garnet. That’s right, January’s birthstone can be discovered in Arizona, too! Though it’s only found in small amounts in Arizona, this gem has gained a cult of popularity for one reason. It’s mined almost exclusively by ants. 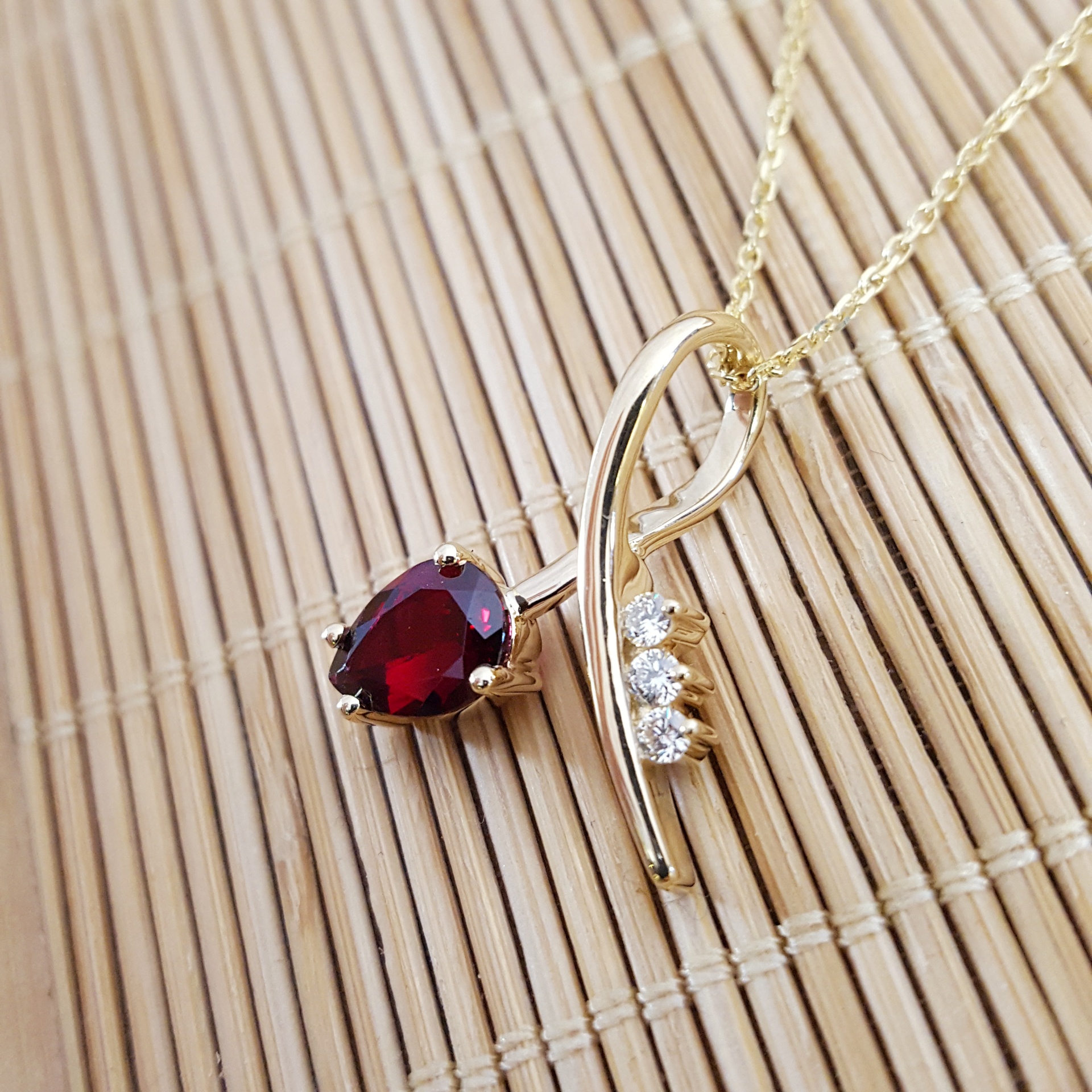 While it’s true that the garnet found in Northern Arizona on the Navajo reservation isn’t all that different from much of the garnet found elsewhere in the world, it’s still one of Mother Nature’s small wonders. These gems are found along the edges of ant hills. As these critters excavate their underground homes, they bring anything that’s in their way up to the surface, including these gems! Sometimes the stones are larger in size, but it’s unusual to find a stone over 5-6 millimeters long. They can be discarded by ants in large numbers, creating small piles of garnet pebbles.

After a rain, the ground seems to sparkle with red, and it’s easy to see the garnet crystals contrasting against the earth. All us humans have to do is walk past and pick these small treasures up from the ground. These gems are largely valuable for their “novelty” as a gem mined by ants. It makes an amazing conversation starter! Larger Anthill Garnet gems are especially valued for their rarity. They are, of course, one of the few gems you can find in jewelry that have never been “commercially” mined! 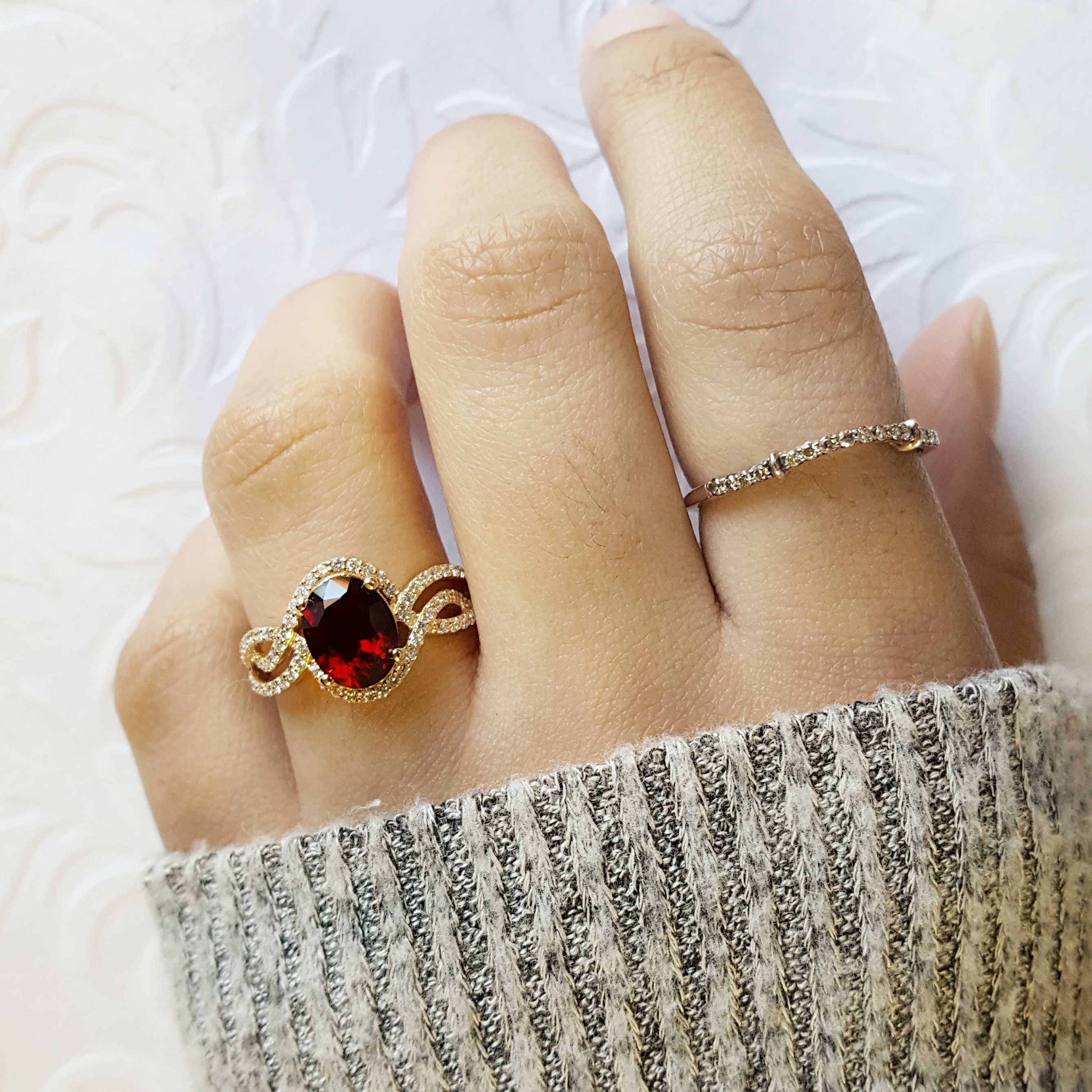 Like other garnets, Anthill Garnet is about a 7 on the Mohs scale of hardness. This makes it more susceptible to scratches than say, a sapphire, but it is still perfectly suited to be worn in jewelry. Since most Anthill Garnet is under 1 carat, it’s easy to avoid bumping the gemstone on hard surfaces, even when it’s worn in a ring. But, as always, caution is a good thing with gems.

The kind of garnet that’s found in Northern Arizona as Anthill Garnet is referred to as pyrope garnet. There are actually different types of garnet that can be found, and are named based on the minerals and elements that dictate their color. Pyrope is the classic dark red color that is most commonly associated with garnet. But, for example, garnet can also be bright orange (called spessartite), or even green (tsavorite). 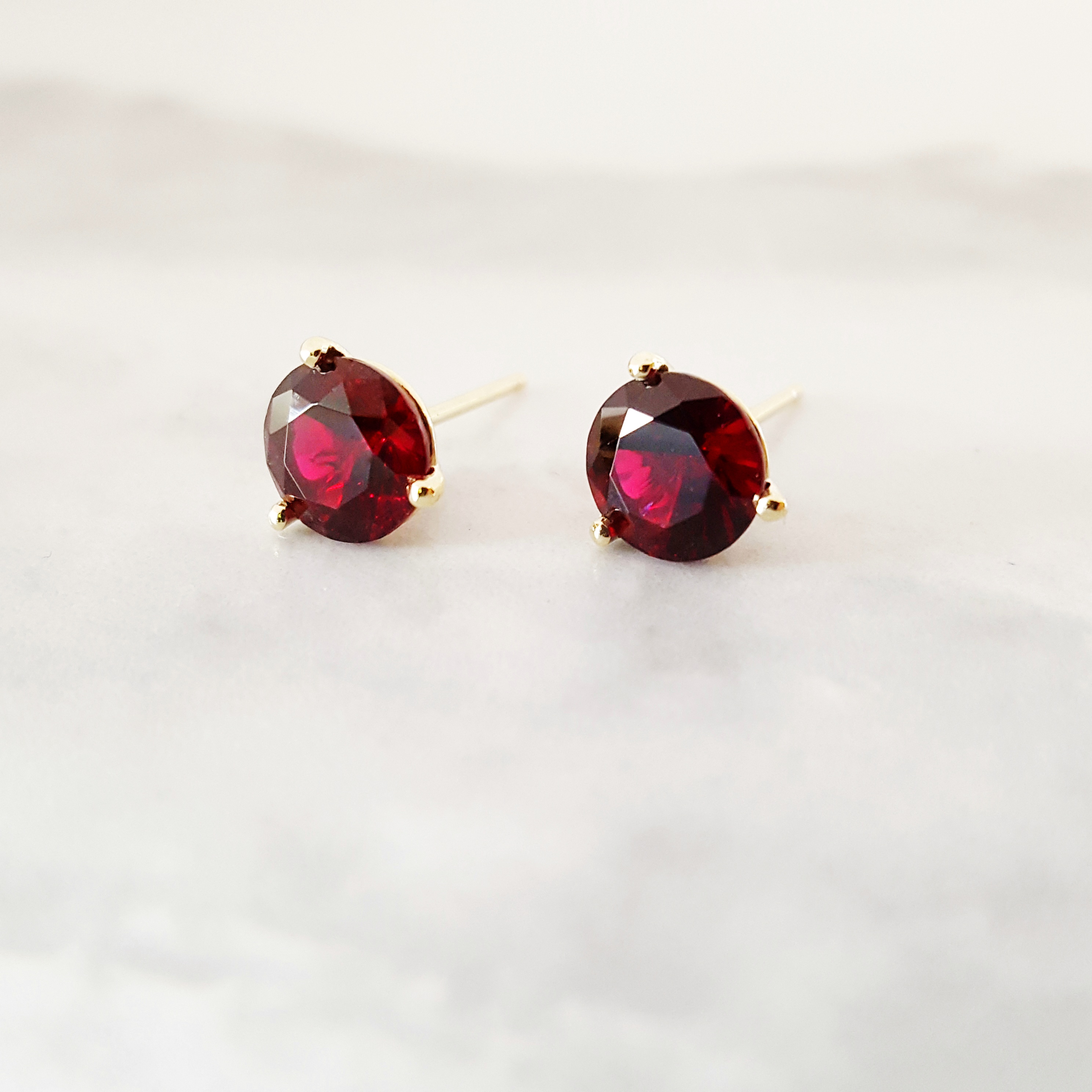 Even if these gems weren’t mined in one of the most fascinating ways, they still have undeniable value from their beautiful color. These garnets have been given the nickname “Arizona Rubies” because of their deeply saturated color. Even the small size of these gems doesn't take away the gorgeous hue. In fact, it’s lucky that ants only bring smaller garnets up to the surface, because the smaller size allows the red color to be seen more clearly. Larger Anthill Garnets can appear nearly black, because the color is so saturated, and light can’t pass all the way through the stone.These petite garnets make a perfect tribute to the “red rocks” that Arizona is known for.

With such a unique origin and captivating color, the Arizona Anthill Garnet is a must-have for anyone who loves a piece of jewelry with a story. We hand-pick and special request our Anthill Garnet from the largest dealer of this gem in the country, so you know you’re only getting the best of the best. Explore our designs crafted with this ruby-red gem, or get in touch to create something uniquely your own! Either way, we bet that your new Anthill Garnet jewelry will quickly become your next favorite piece. 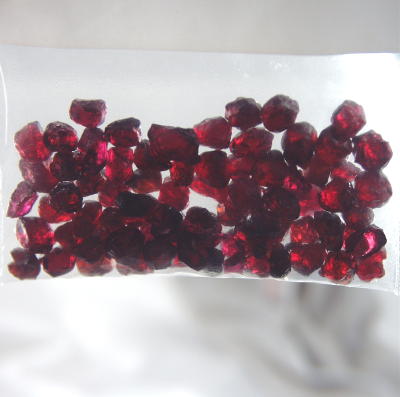